The project intends to use its rigid, collapsible sail technology developed under the Wind Challenger project on vessels capable of capturing that power during high wind periods to generate hydrogen for use during lower wind sections of the voyage.

The project team aims to give a new and first step to realize a decarbonized and hydrogen society.

MOL is currently working on the Wind Challenger Project to develop sailing technology with the aim of reducing greenhouse gas (GHG) emissions by using wind energy.

In October 2019, MOL and Oshima Shipbuilding obtained Approval in Principle (AIP) from ClassNK for the design of the hard sail system.

Obtaining the AIP marks the completion of the initial design related to the sail structure and controls, the companies said.

The duo is working toward a detailed design and implementation of the Wind Challenger Project, with the aim of launching a newbuilding vessel equipped with a hard sail. That would reduce the vessel’s GHG emissions by about 5% on a Japan-Australia voyage, and about 8% on Japan-North America West Coast voyage.

The Wind Hunter Project applies this sail technology and combines hydrogen carriers and fuel cells with hydrogen generated by electrolysis, with the power for the process generated by a turbine.

MOL said that combination of sail and hydrogen technology will enable vessels to sail on schedule even in periods of low wind.

The project team plans to study the application of supplying hydrogen generated at sea for onshore use. Both of these applications are aimed at creating a zero-emission business free of any GHG emissions.

As a first step, the project team will demonstrate a feasibility study of the concept using a sailing yacht and verify the function and performance of a series of cycle operations, i.e., turbine power generation, hydrogen generation/storage and fuel cell-related propulsion.

The next step will be a demonstration using a larger vessel. 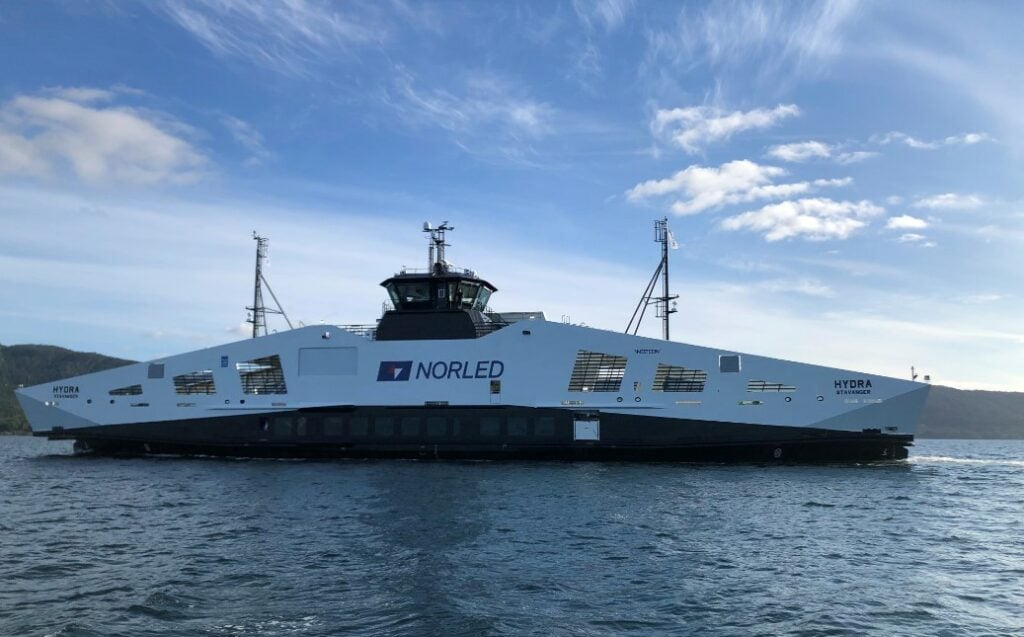