Mitsui O.S.K. Lines revealed today that it will build a second bulk carrier equipped with the Wind Challenger hard sail system, which harnesses the power of wind to propel the vessel.

Namely, MOL Group company MOL Drybulk, which will operate the 62,900 dwt vessel, has signed a construction contract for the new ship with Oshima Shipbuilding.

The ship is slated for delivery in 2024 and it will transport wood pellets for Enviva, which specializes in the production of sustainable wood bioenergy.

The duo has been discussing the construction of an environmentally-friendly bulker since March 2021, as Enviva seeks to cut emissions in the ocean transportation of sustainable wood pellets.

Once delivered, it will be the second Wind Challenger-equipped vessel in the MOL Group’s fleet, following the one scheduled to enter services in October of this year.

The Wind Challenger is a telescoping hard sail that converts wind energy to propulsive force. By reducing fuel consumption, it can cut GHG emissions by about 5-8%.

MOL added that it was examining the feasibility of adopting rotor sails, an auxiliary wind propulsion system developed by UK’s Anemoi Marine Technologies Ltd. As disclosed, the combined use of both the Wind Challenger and rotor sails is expected to slash GHG emissions by an average of 20%.

Rotor sails produce propulsive force as the wind generates differential pressure around the slewing rotor while the vessel is underway. Because this thrust occurs at right angles against wind direction, winds from directions other than fore and aft can be used for thrust, by changing the rotating direction of the rotor.

Just a few weeks ago, MOL marked the installation of the hard sail system on board its first bulker, which has been hired to transport cargoes by Tohoku Electric Power Co. The vessel will now proceed to the commissioning stage and sea trials.

The milestone was reached 13 years after the beginning of the Wind Challenger plan, an industry-academia joint research project led by The University of Tokyo, which was taken over by MOL and Oshima Shipbuilding in January 2018. 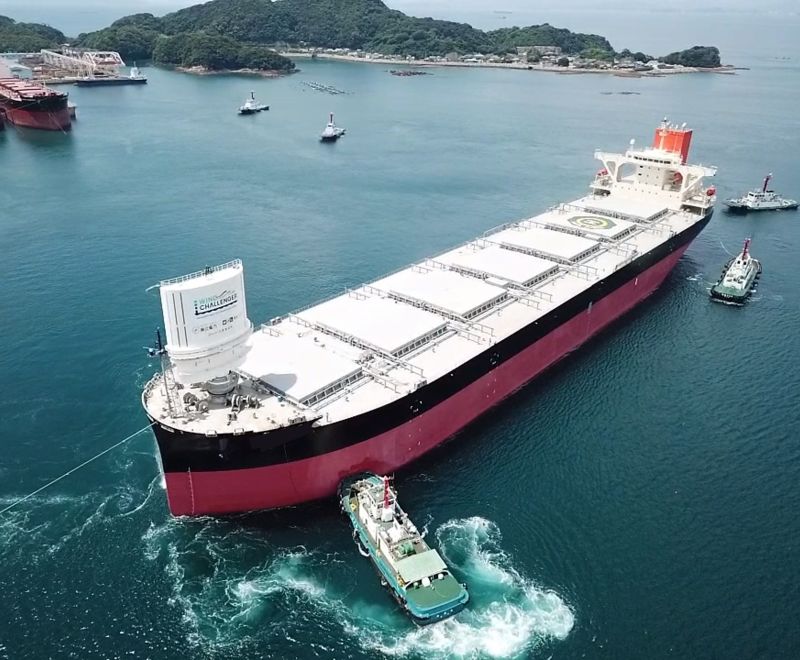