The occasion was used for the announcement of a new ship class which is in the making by Genting Hong Kong.

“We are here for the keel laying of the second Global Class ship. But more importantly, we are starting the design and building of the next series of ships, the Universal Class ships, the first to be delivered by the end of 2022,” Tan Sri KT Lim,  the Chairman and Chief Executive of the Genting Group, said.

As informed, Genting will operate the Universal Class ships for global hotel brands, who want to enter the cruise industry. The new midsize cruise ships will be built by MV Werften, keeping the yard busy until 2024. The ships will feature 88,000 gross tons in size, and have a capacity for 2,000 guests, making them large enough to have all the main amenities of larger cruise ships but without the crowded public space, Genting said in a press release.

The construction of the 342 meter-long Global 2 was launched in September 2019, almost exactly a year after the keel laying of the flagship of the series. Like her sister ship, Global 2 is also intended for the fast-growing Asian market. Global 1 is due to enter operation under the name Global Dream in 2021.

The Global Dream and Global 2 will boast 2,500 passenger cabins that can accommodate up to 9,500 persons and a crew of 2,200,  becoming the first vessels worldwide capable of carrying more than 10,000 persons.

The construction of Global 1 is progressing well, according to the yard. At the end of November, the giant hull of the cruise ship was towed to MV Werften’s dock hall in Wismar for final assembly and fitting out.

Namely, two oceangoing tugs towed the midsection of the Global Dream from the MV Werften Warnemünde at a speed of about two knots (just under 2.5 mph) in the Baltic to Wismar. The entire operation, from the flooding of the Warnemünde dock to the docking in Wismar, took three days.

A 125m high crane specially acquired for work on the Global Class ships will now be used to install deck structures on the hull, including a water park and a roller coaster.

The construction of Dream Cruises’ newbuilding duo is advancing as Genting Hong Kong moves forward with the sale of its 35 pct stake in the company to TPG Asia.

Genting is selling the shares for a consideration of USD 489 million, resulting in a gain of around USD 470 million for the company, as a means of bolstering its capital structure.

The transaction was set to be realized in two tranches completing by December of 2019. 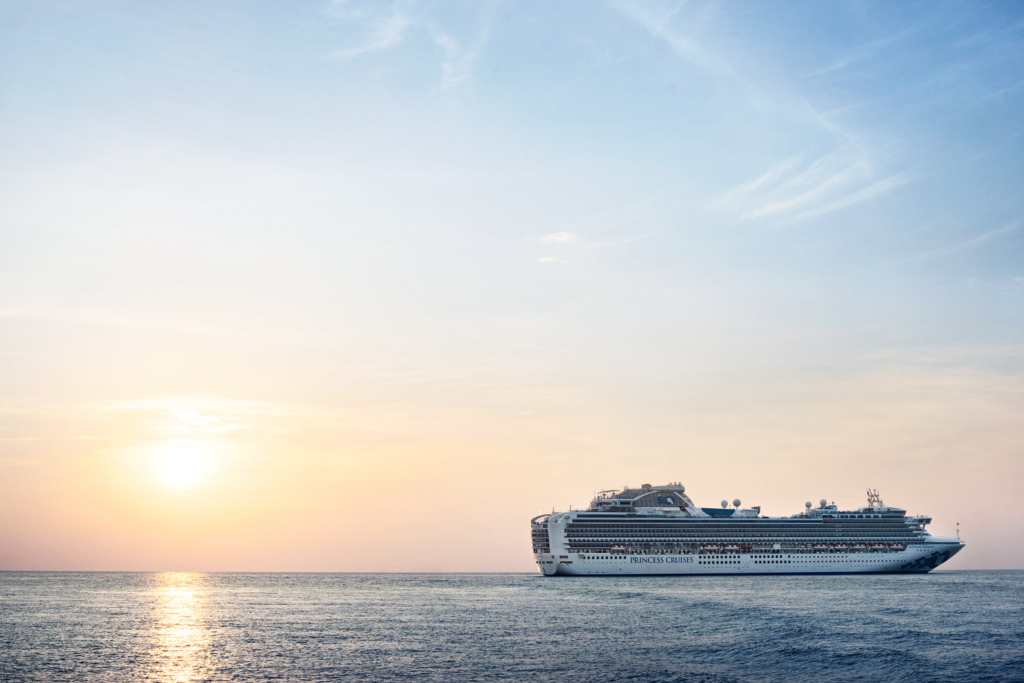