The maximum design transmission capacity of the cable system is 80 Tbps per second, the company said.

By connecting the cable between Okinawa and Kagoshima via a different route from the existing cable, this cable can secure a backup line in the event of a large-scale disaster or other emergency.

In addition, this cable system will respond to the demand for communications between the Okinawa, Kyushu and Honshu regions of Japan, which is expected to continue growing in the future due to the construction of data centers in Okinawa and the launch of 5G services, NEC noted. 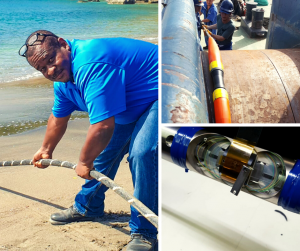