The Queensland’s Townsville City Council just announced that the works on a project to prevent beach sand from passing under the southern breakwater bridge and into the Nelly Bay Harbor are officially underway.

Upon the project’s completion, the council will be able to begin restoring the Nelly Bay Esplanade and beach without losing the sand into the harbor.

The Queensland Government is providing the council with grant funding to construct the 50 meter groyne made of sand filled geotextile bags.

Equipment was moved to the site this week, said the council.

According to local councilor Ann-Maree Greaney, the project has development approval and a Great Barrier Reef Marine Park Permit has been issued.

“The construction of the groyne will provide a much better environmental outcome and a more effective control for the erosion issues and the sand build-up than the current costly practice for the Queensland Government of dredging and redistributing sand,” Greaney said.

“Once the groyne is in place, excess sand from Gustav Creek can be transferred to the beach for sand re-nourishment that will not be lost into the harbor.”

The sand used to fill the bags will effectively become part of the beach slope and the majority of sand between the groyne and the bridge will be transferred to the beach area.

Annual maintenance of the groyne is expected to be low cost and will be jointly funded by State and Local Government.

The project is expected to take up to six weeks and only requires a partial closure of the northern end of the beach. 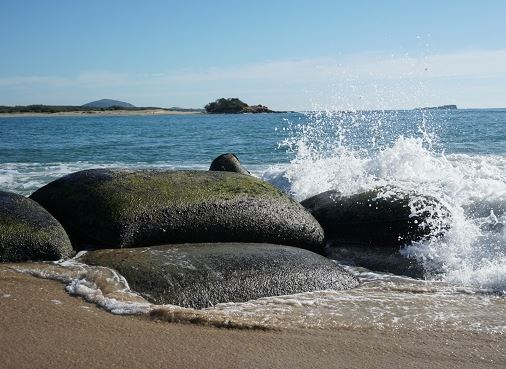