The Environment Agency has officially opened over 7 kilometers of new river and sea defenses in the coastal town of Shoreham, helping to keep the community safe from flooding from storms and rising sea levels.

The new £45 million scheme will better protect over 2,300 homes and 169 commercial properties, as well as important local infrastructure such as the road network, railway line and Shoreham Airport.

The majority of the project has been funded by a £37.4 million contribution from government, alongside contributions from Coast to Capital LEP, West Sussex County Council and a number of private developers through Adur District Council.

The old flood defenses varied in height and many were coming to the end of their design life. The new defenses are formed of embankments, sheet pile walls, rock revetments, flood glass, and property level protection, and are designed to last for 100 years, with the option of being raised further to add even greater protection into the future.

As part of the project, the Environment Agency has also improved public footpaths along the route of the defenses.

The new defenses are made up of over 15,000 bricks, 800m³ of concrete and 6,845 tonnes of rock. The project has also created approximately 1.4 hectares of compensatory saltmarsh habitat for the benefit of local wildlife.

The Environment Agency is investing £2.6 billion to better protect an additional 300,000 homes by 2021. Many of these flood and coastal schemes incorporate a range of measures including working with nature, alongside traditional engineering techniques. 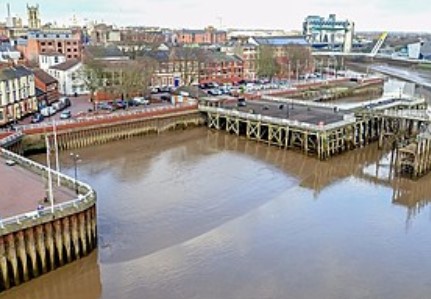