The Efficient Ship notation is granted to ships and new designs assessed by RINA to have very high overall efficiency of engines, a lower fuel demand at owner defined speed, deadweight higher than the average for the particular type of ship and a system to monitor their performance during their life.

Dino Cervetto, head of technical services, RINA Services, says, “It is easy for shipyards to offer eco-ship designs, but it is much harder for shipowners and especially charterers to distinguish which vessels are actually more economical in service than others. We can look across the market and compare ship performance and help owners to choose the right ships, and then with this notation, help them to stand out in the market place.”

The first ships to be issued with the Efficient Ship notation are a series of nine 39,000 dwt bulk carriers, built for d’Amico Dry in China, at the Yangfan Group yard.

RINA has also recently launched two route-dependent voluntary notations. In partnership with UAE classification society Tasneef it has launched the SAHARA notation for ships specifically equipped for navigation around the Arabian peninsula, and for containerships it has launched a ROUTE DEPENDENT LASHING notation which optimises lashing strategies depending on the sea conditions expected on different trades, giving much more flexibility in cargo handling operations. 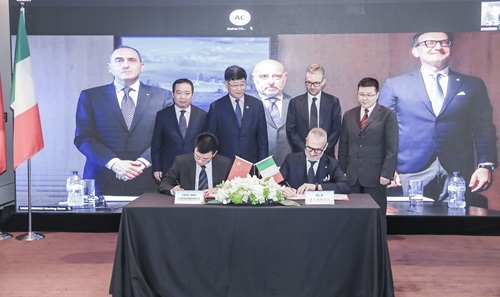