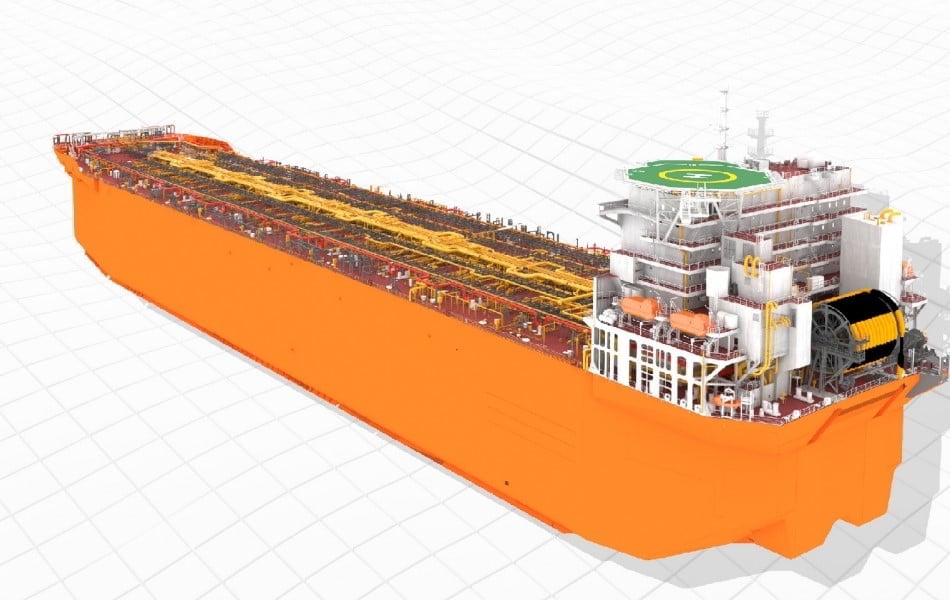 UK-based centrifugal pumps and associated equipment manufacturer, Amarinth, has won an order from VWS Westgarth for two titanium pumps, which will be used aboard SBM Offshore’s FPSO One Guyana, destined to work for ExxonMobil off Guyana.

Amarinth disclosed on Monday that it was tasked by VWS Westgarth to provide the two titanium API 610 OH2 chemically enhanced backwash pumps, following the successful delivery of similar pumps for two FPSO vessels operating off Brazil.

Oliver Brigginshaw, Managing Director of Amarinth, commented: “We are delighted that VWS Westgarth has placed a further order with Amarinth for these titanium API 610 OH2 pumps. This builds on our successful delivery of a previous order to VWS Westgarth and further underlines our capabilities in supplying API 610 pumps, manufactured in exotic alloys, which will operate reliably in the extremely arduous conditions experienced on FPSO vessels.”

The UK player explained that all wetted parts of the pumps would be manufactured in titanium – including the casings, impellers and shafts – to handle the highly corrosive fluid. As titanium is “a difficult material to work with,” it must be cast under a full vacuum using copper crucibles to prevent the molten titanium from attacking the crucible walls, elaborated the firm.

Amarinth highlighted that it has “a strong relationship” with its supply chain enabling it to procure hard-to-source titanium components, while the UK has “one of only a few foundries in the world” with the capability to cast the large titanium components necessary for the pumps.

Furthermore, these API 610 OH2 pumps will be ATEX Zone 2 certified for hazardous areas with IECEx-certified motors. With limited space within the FPSO vessel, Amarinth pointed out that the design includes a bespoke baseplate that incorporates a local control station within its footprint.

According to the firm, the pumps will be supplied on a tight 38-week lead time, which is necessary to fit the FPSO build being undertaken in China, and combines the new build, multi-purpose hull with several standardised topsides modules.

In October 2022, SBM Offshore confirmed the construction of topside modules for the FPSO One Guyana, which is its largest so far, started in September 2022. Two steel strike ceremonies were held in both Keppel FELS and Dyna-Mac yards to mark this milestone.

This FPSO will be used for the Yellowtail development project, which comprises six drill centres and up to 26 production and 25 injection wells. ExxonMobil sanctioned the project in April 2022 and followed it up with a contract confirmation with SBM for the supply of the FPSO for the project.

Located some 200 km offshore Guyana, the deepwater wells will be tied back to the FPSO One Guyana for processing. The FPSO is expected to perform produced water treatment functions as well as oil separation and gas injection.

With start-up slated for 2025, the FPSO One Guyana will have an optimum production capacity of 250,000 barrels per day (bpd) of oil; a storage capacity of two million barrels of crude oil; a gas treatment capacity of 450 million ft³ a day; and a water injection capacity of 300,000 bpd.

The operator of the Yellowtail project is Esso Exploration and Production Guyana Limited, an affiliate of ExxonMobil, with a 45 per cent interest in the block, while its partners, Hess and CNOOC Petroleum, hold 30 per cent and 25 per cent interest, respectively. 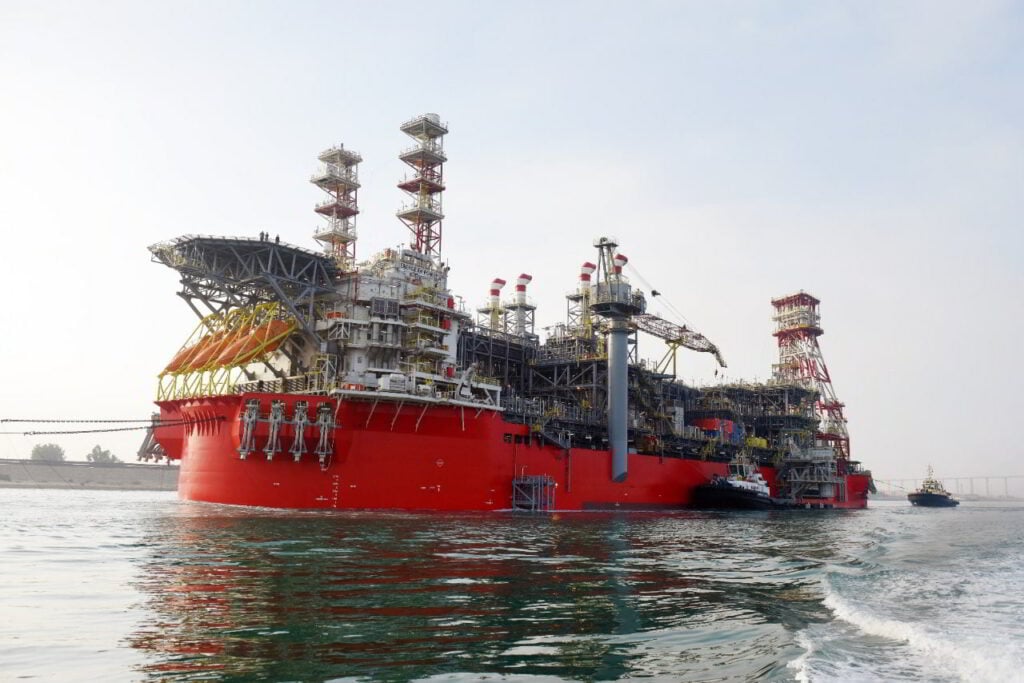