Torridge District Council in the UK has voted to support a funding bid, seeking approximately £15 million ($18 million) to create the Appledore Clean Maritime Innovation Centre in northern Devon, with the aim of bolstering net-zero maritime ambitions in the region.

The centre, at Middle Dock, a site that neighbors the Harland & Wolff shipyard, is to establish northern Devon as a research and development space for collaborative next-generation maritime initiatives.

It will include research and industry partnerships from the University of Plymouth and the Center for Future Clean Mobility (University of Exeter), as well as a range of offices, workshops, wet labs and aquaculture tanks.

The new facility will benefit from the University of Plymouth’s knowledge and innovation in environmental intelligence, offshore renewable energy, clean maritime, and aquaculture.

“With a proposed 4GW of electricity to be generated by the Celtic Sea Floating Offshore Wind (FLOW) developments, which is equivalent to enough energy to power approximately 3 million homes, FLOW is expected to provide around 3,000 jobs and £682 million in supply chain demand for both the South West and Wales,” according to the officials.

Ken James, Leader of Torridge District Council noted that the opportunities around the development of offshore wind generation are expected to be as big as the supply chain built around the Hinkley C power plant development in Somerset. The development has had a huge impact on local jobs and business prosperity in neighboring counties.

“It’s great to be collaborating with our partners at Heart of the South West LEP (HotSW), academic institutions, the maritime sector including Maritime UK (SW), local businesses and other public sector bodies in an integrated approach that has such huge potential,” James added.

“The plans for Middle Dock will create a centre where our expertise continues to be channelled in a way that addresses some of the most pressing global challenges, while at the same time reinvigorating the local community,” Judith Petts CBE, Vice-Chancellor of the University of Plymouth, stated.

Torridge officers will now work with representatives from academic institutions, local industry, and other partners to refine the bid.

The proposals, which are also fully endorsed by the North Devon UNESCO Biosphere, need to be submitted by 6 July.

The announcement of winning bids is expected later this autumn. 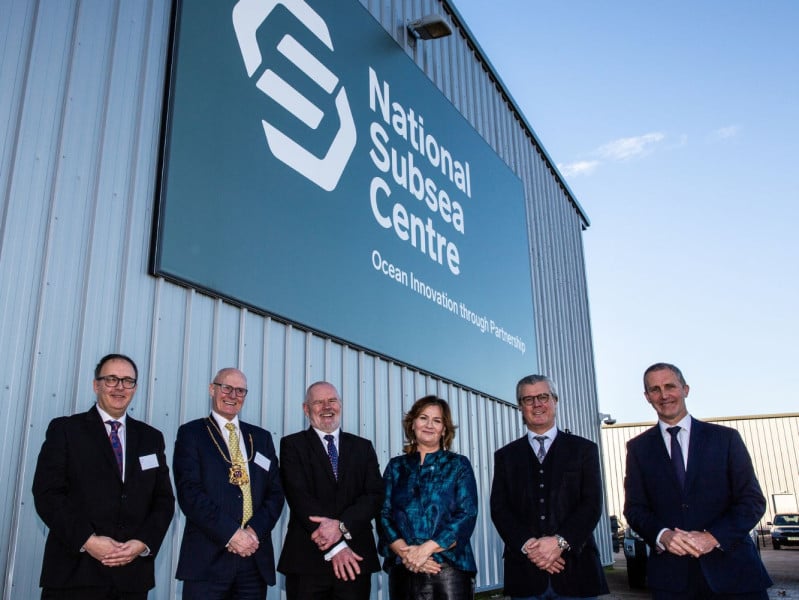