A revised Strategy from the UK’s petroleum regulator Oil & Gas Authority (OGA), featuring a range of new net-zero obligations for the UK oil and gas industry, was submitted for laying before the UK Parliament on Wednesday, 16 December 2020.

According to OGA, the oil and gas currently provide about 75 per cent of the UK energy consumption and official government forecasts expect oil and gas to remain important to the UK’s overall energy mix for the foreseeable future, including as the country transitions to net-zero.

The petroleum regulator underlined that, as long as this demand exists, managing production and maximising value from the UKCS as cleanly and efficiently as possible is necessary for the security of supply, to ensure an orderly energy transition, and to reduce reliance on hydrocarbon imports.

The OGA noted that this is especially important as some imports, such as liquified natural gas (LNG) has a carbon footprint more than twice that of UK-produced gas.

In addition to the net-zero obligation, the revised Strategy also requires industry to work in such a way that encourages collaboration with the supply chain and actively support carbon capture and storage projects.

The OGA said it will monitor governance closely and ensure that carbon costs are considered in its regulatory decisions.

Alongside the direction set out in the strategy, the industry is also making progress in commitments to reducing production greenhouse gas emissions, and as well as stewarding towards emission reductions, the OGA will track, monitor, benchmark and report on this overall emissions reduction.

The OGA published its first benchmarking report on emissions from flaring and venting earlier this year.

The OGA emphasized it is working with industry and government to unlock net-zero opportunities at pace, and many in the industry have already made real progress by taking positive action such as announcing targets for production emissions.

Adding offshore renewables (wind, wave and tidal) could take that up to 60 per cent of the abatement required in 2050, the OGA stated.

Dr Andy Samuel, OGA Chief Executive, said: “This is an important moment in the North Sea story, bringing a key sector of the economy into the overall net-zero project.

“We have a clear vision for how to achieve this, supporting industry to reduce production emissions and to provide the infrastructure, expertise and capital to unlock game-changing carbon capture and storage and hydrogen production at scale.

“With around 30 energy transition projects already underway, this Strategy lays the foundation for that vision to become a reality, unlocking significant high-value opportunities and jobs to last long into the future”.

Energy Minister, Kwasi Kwarteng, said: “As the first major economy to set a target of net-zero carbon emissions by 2050 the UK is leading the world towards a cleaner future. Only last week we made another ambitious commitment to cut our greenhouse gas emissions by at least 68 per cent compared to 1990 levels over the next decade, which will see us go further and faster than any other nation.

“Our Ten Point Plan and Energy White Paper show how we continue to set the pace for the green industrial revolution, but as we transition to a low carbon future, oil and gas remain an important part of our diverse energy mix and I’m delighted to see net-zero placed at the heart of this strategy”.

Scotland’s Energy Minister, Paul Wheelhouse, said: “I welcome the publication of the Oil and Gas Authority’s revised strategy which includes a requirement for industry to support the UK target of net-zero greenhouse gas emissions by 2050 and I know OGA also recognise their strategy will, in its delivery, also support the delivery of Scotland’s earlier net-zero target for 2045.

“This revised strategy reflects a commitment from the oil and gas sector to net zero, with the sector already playing a positive role in the transition by channelling resources and its innovative supply chain to help design the diverse energy system we need for the future“.

It is also worth reminding that the UK has recently announced it will end direct support for the fossil fuels energy sector overseas as it works to support the sector’s transition to low-carbon energy in a push to curb the effects of climate change.

However, the decision has faced criticism from the African oil and gas sector. 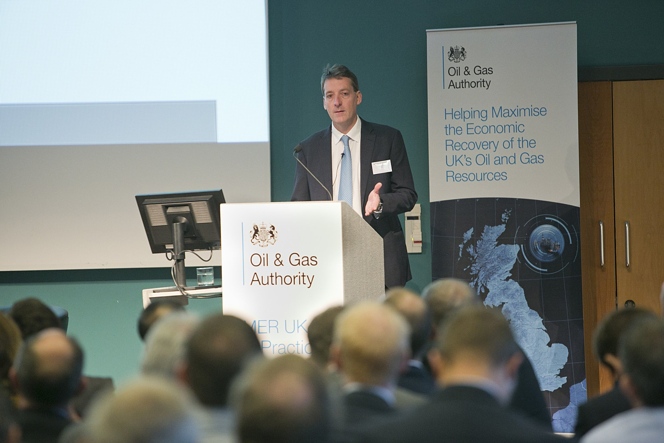