Norway’s GC Rieber Shipping has entered into an agreement with Kleven Verft (“Kleven”) to build a new 22 streamer 3D seismic vessel with ice-class 1A*.

The seismic company Dolphin Geophysical (“Dolphin”) has contracted the vessel for a fixed period of five years, and the high end vessel will enter this contract directly upon delivery from the yard in March 2015. In addition, GC Rieber Shipping has entered into an agreement with Dolphin for a 3.5 years time charter for the seismic vessel “Geo Atlantic”. Both agreements are subject to board approval and the total time charter value is approximately NOK 950 million. As part of the agreements above, the existing contract for “Polar Duchess” has been extended by 2 years, giving a total fixed term charter of 5 years.

Through decades, GC Rieber Shipping has acquired a unique competence in offshore operations under harsh environments, as well as design, development and maritime operation of seismic vessels. The newbuild represents an investment of approximately NOK 700 million and the vessel will be delivered from Kleven in the first quarter of 2015. Dolphin has options to extend the charter for up to 6 years after the firm period.

“This investment is part of our ongoing fleet renewal, and a plan to pursue more advanced vessels. Recently, we sold the older 2D vessel “Polar Explorer”, and still consider new investment opportunities. The seismic segment is strategically important for GC Rieber Shipping, and the newbuild supports our ambition to strengthen our position in the value chain in terms of complexity and capacity. In addition, we confirm our position as a leading and highly experienced player in challenging offshore operations. We look forward to cooperating with Kleven. This cooperation will contribute to the strengthening of the maritime cluster on the Western coast of Norway”, says CEO Irene Waage Basili in GC Rieber Shipping.

In addition to the new building contract, GC Rieber Shipping has entered into a time charter agreement with Dolphin for the 3D seismic vessel “Geo Atlantic” for a fixed period of 3.5 years. The vessel is on a contract until October this year, and will then be upgraded from 10 to 14 streamers, as well as change its name. This agreement includes an option for up to 4 years extension.

“GC Rieber Shipping has a strong financial position with good liquidity. With the new agreement for “Geo Atlantic”, our fleet is fully booked until end first quarter next year. Overall, this enables us to consider new investments. We know Dolphin well, and we are impressed with their performance record. We look forward to strengthening our commitment to advanced seismic vessels for the benefit of both companies”, says Irene Waage Basili.

The agreement is subject to final Board approval in GC Rieber Shipping. A final agreement is expected to be in place by the end of February 2013. 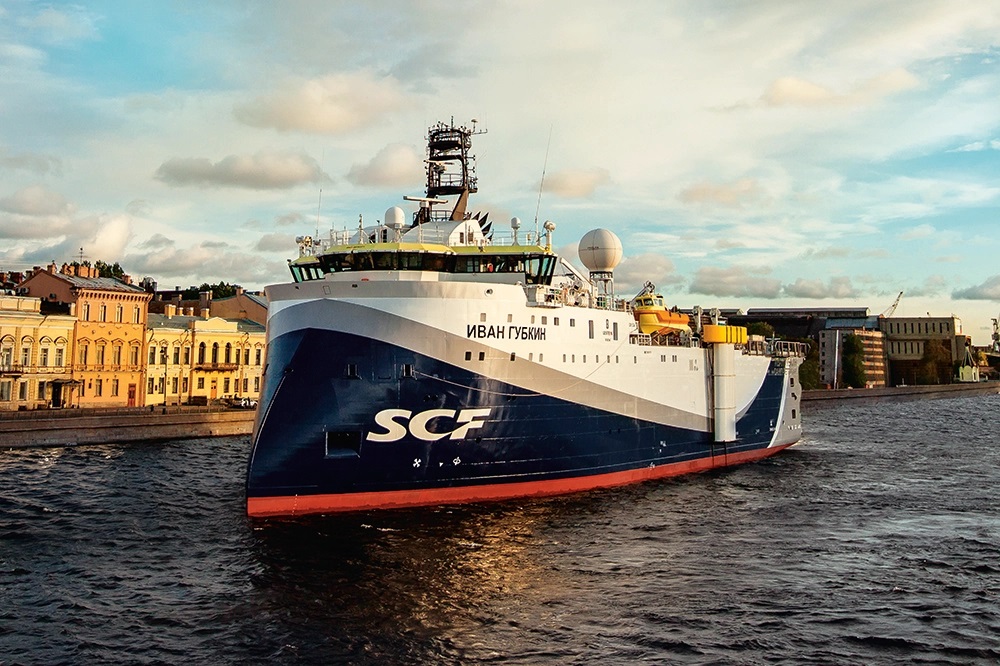