Njord Offshore has taken delivery of two 26-metre, 24 passenger crew transfer vessels (CTVs), one of which will be available for demonstration sea trials at Seawork International trade show in Southampton from 14 to 16 June.

Tom Mehew, director at Njord Offshore, said: “We’ve been using Volvo Penta’s IPS900 Quad system in our 26-meter CTVs for over a year now and all expectations have been fulfilled. We, and our customers, require speed, maneuverability and efficiency combined with high static bollard push. In addition, we also look for reliability and redundancy to maximize the uptime for our clients. The advantages of the IPS have been fully proven. The joystick controls are intuitive, the control response times are fast and accurate which ultimately makes docking on a boat landing in rough weather easier and safer – we also have a dynamic fender system to reduce the load on the boat landings during these conditions.”

Njord Offshore, based in Essex, has been operating crew transfer vessels for offshore wind farms since 2012 across Northern Europe.

The 26m CTV catamarans have been designed by UK-based naval architect BMT Nigel Gee and built by Singapore-based Strategic Marine. They have two Volvo Penta IPS900 drives in each hull. The new CTVs have a capacity of 24 passengers and four crew, with a deadweight of 30 tonnes.

“Our IPS900 Quad drives have been proven to cut fuel costs, and with fewer emissions they reduce the environmental impact, which has a benefit for the future.”

With four IPS drive systems, the catamarans can operate at high speeds even when fully loaded, reaching 27-29 knots. The IPS package is also lighter than traditional engines of the same performance capabilities, enabling ease of handling.

During discussions about the building of the new CTVs, Njord Offshore specified that they needed high performance vessels capable of taking on board an increase in passenger numbers, which would operate in all weathers and sea conditions.

Andrew Thwaites, technical director of Njord Offshore, said: “It’s a specialist challenge, getting crew to and from windfarms in rough seas. These new boats can be at sea around the clock and the crew live on board 24/7, so they are equipped with all modern conveniences. It’s exciting for us to be demonstrating them at Seawork. Volvo Penta has offered us a very good service – they’ve been spot on.” 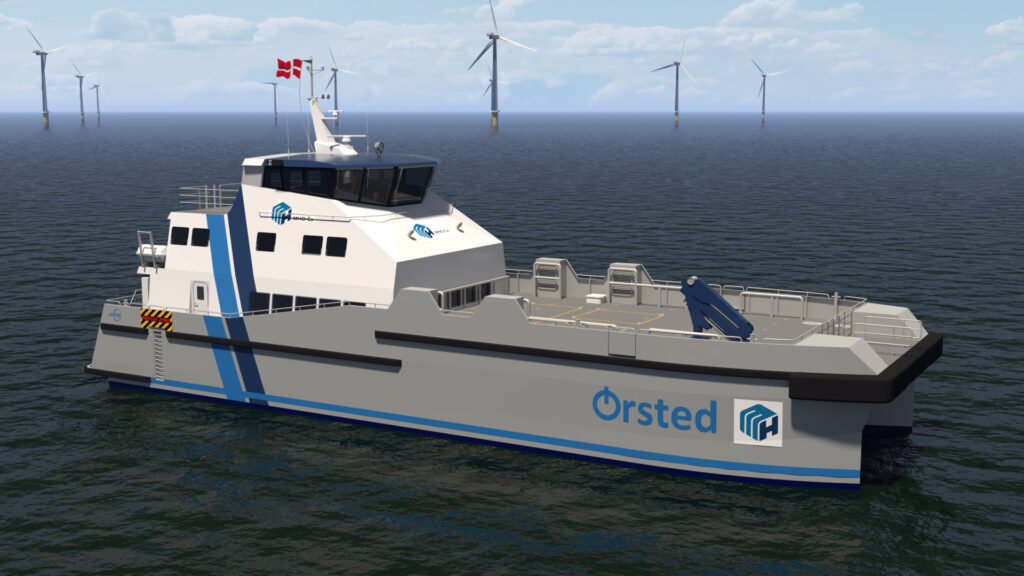