NKT is increasing its capacity to transport and store offshore power cables from its factory in Cologne, Germany.

The demand for offshore power cables is expected to grow in the years to come as offshore wind continues to be essential for the global transition to renewable energy, the cable maker said.

With the positive market outlook and a strong order backlog, NKT is now investing in a new specially-designed barge built for cable transportation on the river Rhine to increase the transportation capacity and enhance the security of delivery from its manufacturing site in Cologne.

NKT has also increased the capacity at its logistics center in Rotterdam, the Netherlands, from where the offshore cables manufactured in Cologne are loaded onto cable-laying vessels.

”With the investment in the purpose-built barge and in increased capacity at our logistical center in Rotterdam, we strengthen our position as a leading provider of offshore power cables,” said Executive Vice President Mika Makela, who is heading the manufacturing site in Cologne.

”The investments are driven by a growing demand from the offshore industry and will enhance our delivery security even in times with abnormal weather conditions or with multiple projects being executed in parallel.”

The barge is designed and built by Neptune Marine for the changing condition of the Rhine and can operate in very shallow water and thereby minimizing the effects of low water levels, NKT said.

The EuroCablePontoon 10022 is powered by green electricity during cable loading at the harbour in Cologne where the factory is also powered by electricity generated from renewable energy.

NKT expects the barge to be fully operational in the fourth quarter of 2020. Neptune Marine has built and launched the pontoon at its shipyard in Hardinxveld-Giessendam, the Netherlands. 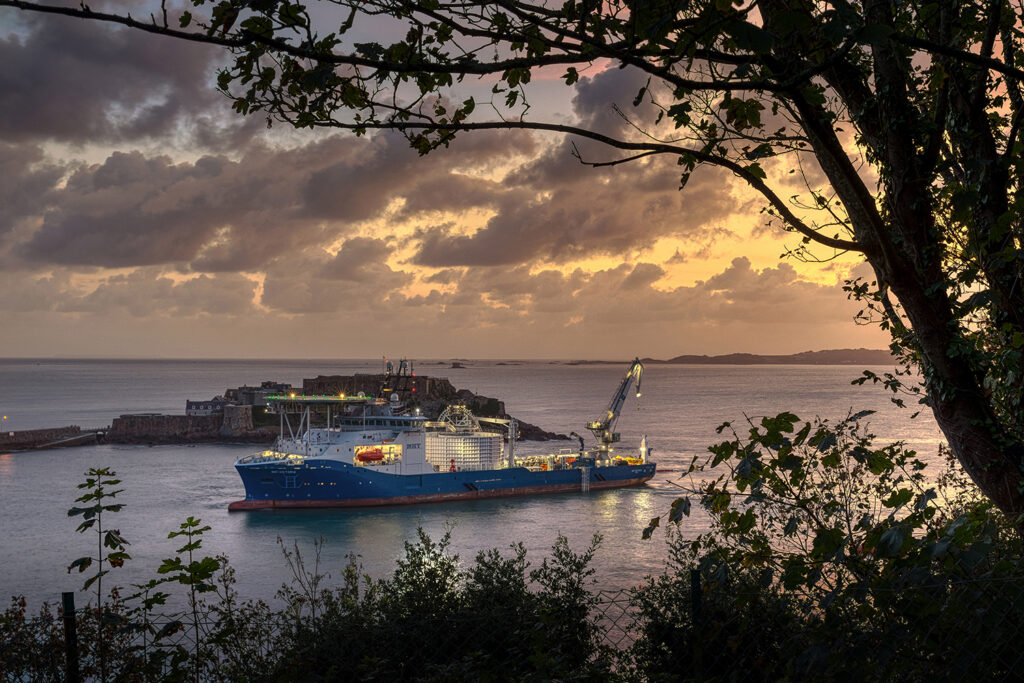