Offshore rig owner Noble Corporation has declared force majeure on the Noble Globetrotter II ultra-deepwater drillship following damages sustained as a result of Hurricane Ida. A number of crew members were injured during the storm.

As previously reported, the vessel encountered severe weather during Hurricane Ida and Noble is working on plans to bring the drillship into port for repairs.

In a statement on Thursday, Noble said that its management is in frequent communication with the ship’s crew and is working to facilitate additional transport for some crew members to shore, as may be needed, as well as replacement personnel to support marine operations. A small number of crew members were treated for minor injuries.

The living quarters of the vessel continue to operate normally with food service, climate control, water, power, and internet systems functional. The vessel’s helideck is fully operational and teams are working through logistical challenges across the Gulf Coast region to resume normal levels of transportation to and from shore.

Noble stated that initial findings from the ship’s ongoing condition assessment confirm that several riser joints and the lower marine riser package separated from the rig during the storm and sank to the seabed. Efforts are underway to locate and recover that equipment, and the company believes that, if necessary, it can replace any missing or damaged equipment promptly.

Additionally, one of the ship’s cofferdams in the moonpool area sustained damage during the weather event. The damaged cofferdam does not compromise the stability or structural integrity of the rig nor the safety of personnel on board. The vessel successfully secured the well and detached from the blowout preventer in place on the well as part of its departure procedures.

According to Noble’s fleet status report, the drillship is under contract with Shell until September 2023.

Noble said it had provided a force majeure notice to its customer in accordance with the governing drilling services contract. The contract does not contain a right of termination for force majeure.

The company does not expect any impact to its previously issued preliminary 2022 financial guidance and, at this time, is unable to estimate the impact on its 2021 guidance. Noble has insurance coverage for property damage with a $10 million deductible. 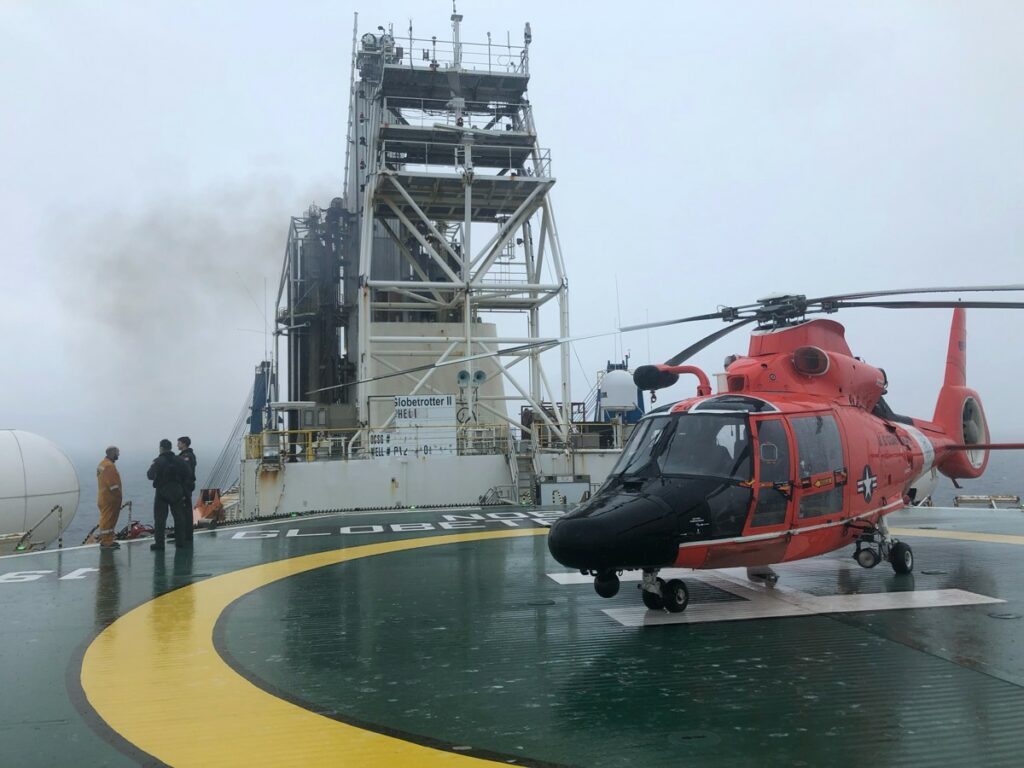