Oil and Gas industry solutions provider AGR is celebrating a milestone achievement for its drilling technology.

Its Riserless Mud Recovery system (RMR™) and Cutting Transportation System (CTS™) have now been deployed on more than 500 wells.

This achievement is not only an indication of AGR’s experience but also of the continued need from the industry for the technology devised by the Norwegian firm’s Enhanced Drilling Solutions division.

David Hine, EVP Enhanced Drilling Solutions, said: “This achievement is a reflection of the ground-breaking technologies that we pride ourselves at AGR and confirms their continued popularity with operators the world over. It also demonstrates the hard work, dedication and ingenuity of the people who work here.

“AGR will continue to further its reputation for step-change technological solutions into 2012 with our EC-Drill™ managed pressure drilling system. This will be deployed for the first time early next year.”

Well number 500 was on the Caspian Sea’s Chirag Oil Project field. It was drilled using RMR™ in order to solve the challenge of the area’s weak clay formation. The client was BP, which was the first user of RMR™, again in the Caspian, in 2003.

RMR has been an industry changer since it was introduced. It allows engineered mud to be used in the top-hole section of a well, enabling a much more stable foundation for successful drilling, with all mud and cuttings being returned to the rig.

The top-hole section can be drilled more safely, quickly and with far less impact on the environment.

CTS enables operators to take cuttings, cement, mud, clay and other deposits away from the well area, keeping templates debris free. Because of this, it has had a major impact on the validity of drilling operations in areas that have been deemed as being particularly environmentally sensitive. The system was first used by Statoil on the Gullfaks field in 1998.

EC-Drill™ solves the challenge of the narrow-pressure window in deep-water well drilling, where too much bottom hole pressure (BHP) can cause the formation to fracture; too little may cause an influx. EC-Drill offers greater control of the BHP as it is not regulated by mud-weight but the level of fluid in the riser.

Not only is there the potential to reduce the number of casings, saving time and money, but safety is also enhanced thanks to improved kick/loss detection, improved hole stability and the possibility of drilling with riser margin. 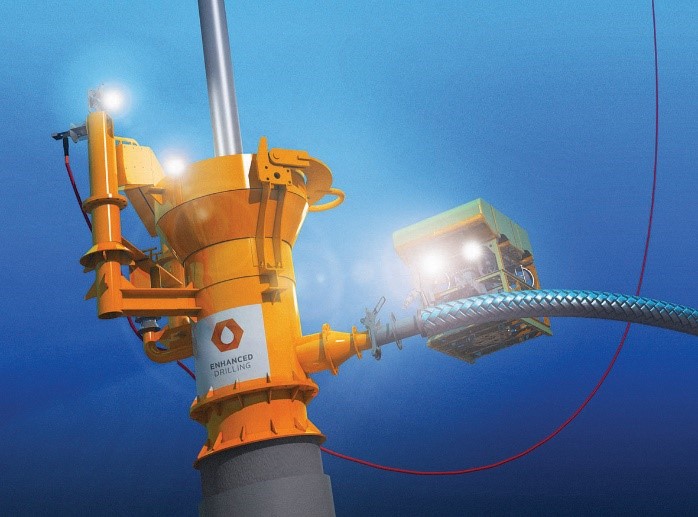