Boreal Transport Nord AS has awarded contracts for three new double ended passenger and car ferries to Fiskerstrand BLRT AS.

The ferries will be delivered in autumn 2013, and commissioned from January 1st. 2014 to three different crossing services on the coast of Helgeland in Nordland County in Northern-Norway. The ferry services are ordered by Nordland County Council, and Boreal Transport Nord AS will operate the vessels and deliver the transport service. Included the newbuildings Boreal Transport Nord AS operates a total of six ferries on four different crossings in Nordland County. The building contract signed with Fiskerstrand BLRT AS also includes an option for a fourth vessel to be delivered by end of January 2014.

“The ferry building contracts were subject to international competition, and being able to sign with Fiskerstrand BLRT AS, clearly proves our competitiveness. To us the choice of shipyard is based on an overall assessment. In addition to price, delivery time and not least experience are important to us. Fiskerstrand has delivered about 30 ferries,” said Kjetil Førsvoll, Chairman of the Boreal Transport Nord AS upon the election of shipyard.

“This is our first contract with Boreal Transport Nord AS, and we regard this company as a new customer and very exciting transport operator in Norway,” said the Fiskerstrand BLRT AS CEO Rolf Fiskerstrand. “We are pleased and proud to succeed in a strong international competition, and we see this as a confirmation that we are a strong European supplier on design and construction of ferries, says Rolf Fiskerstrand.”

The ferries are designed by Fiskerstrand BLRT AS owned naval architechts Multi Maritime AS In Førde. The new buildings represent a significant capacity increase on the actual crossings. Each of the new vessels can accommodate 50 passenger car units, and to 249 persons, says project manager for Boreal Transport Nord AS, Bjorn Arne Bjerke. Emissions-friendly diesel engines in combination with highly efficient hull shapes are enhancing the environmental impact significantly compared to existing tonnage. Two of the ferries have closed in car deck for operation in C-class waters areas, whilst the third is of open type, for operation in water areas classified as D.

Fiskerstrand BLRT AS is a Norwegian-registered joint venture company established 50/50 in 2007 by Fiskerstrand Verft AS in Ålesund and Western Shipyard in Klaipeda, Lithuania. Western Shipyard is a part of BLRT Grupp which is headquartered in Tallinn, Estonia. The holding consists of 77 companies in 8 European countries with 4000 employees. Among the ferries delivered by Fiskerstrand BLRT AS and the holding are the world largest gas ferry and three identical ferries for Saaremaa Laevakompanii 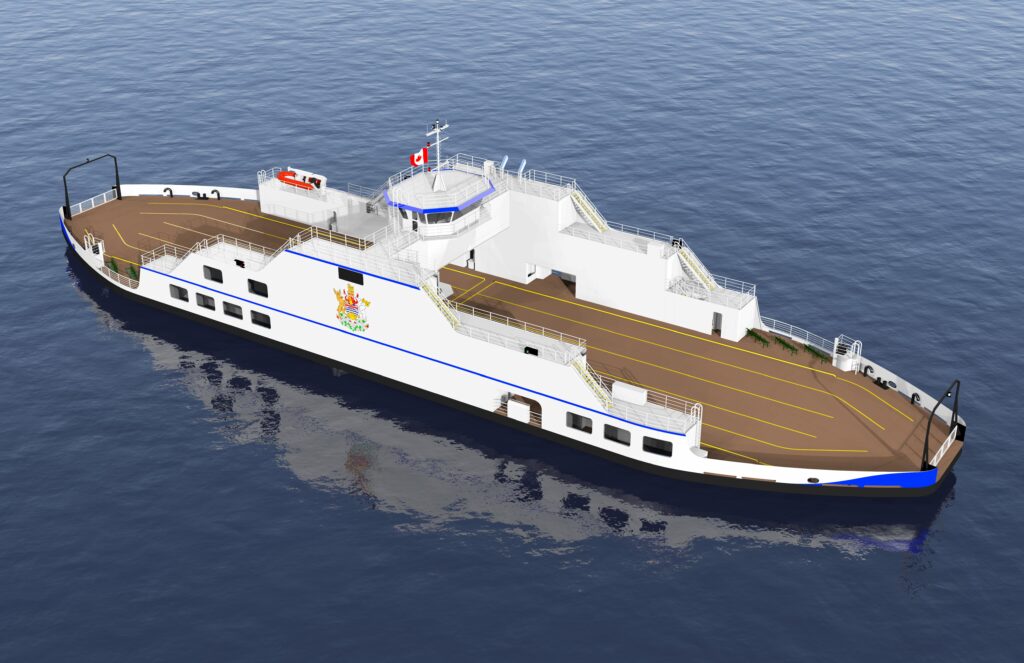