Korean Samsung Heavy Industries Ltd. has entered into an agreement with Grenland Group for delivery of detailed engineering and fabrication services for the topside on Statoil’s wellhead platform Valemon.

The project will start up immediately and will be completed in February 2014.The contract value for Grenland Group is approx. NOK 200 million and will secure a high activity level in the main offices in Sandefjord in the coming period. The fabrication of the platform’s flare tower shall be executed in the Grenland Group yard in Tønsberg. The agreement contains in addition an option for the delivery of services in connection with the hookup and commissioning of the platform

– This is the first time Statoil puts out a total EPC contract to a Korean supplier for a new field development on the Norwegian continental shelf. For Samsung, this is a significant breakthrough and recognition of their considerable expertise within the offshore sector. Furthermore, the contract confirms the position Grenland Group has as a leading supplier of design and engineering services in the offshore industry, “says CEO Otto Søberg.

The project will be executed in close cooperation with Technip in Kuala Lumpur, another subcontractor to Samsung. During the first six months of the project, the main activities will be carried out by Grenland Group in Sandefjord. This follows by a phase of nine months in Kuala Lumpur, before the project will be constructed and finally completed at the Samsung Geoje facility in Korea. Grenland Group will during this period deliver a considerable amount of engineering hours to the project. Grenland Group and Samsung Heavy Industries have over the years, starting in 1998, worked successfully together on a number of international projects. The contract on Valemon confirm the solidity in the relationship. 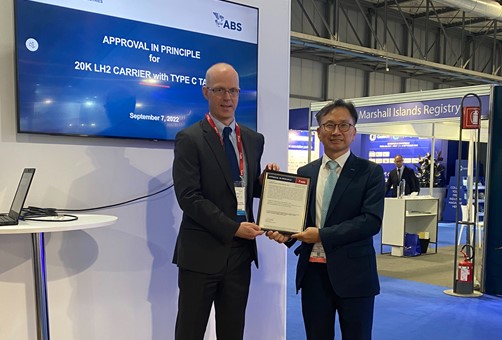