As stated earlier in January, SBM Offshore is facing increased challenges with the hook up and commissioning of the Yme platform.

“Continuing intransigence and unreasonable client demands, which are being aggressively resisted, are contributing significantly to the very low productivity and increased scope of work, all of which are the subject of arbitration proceedings with the client. This is further exacerbated by continuing bad weather.”, said the Dutch based SBM Offshore.

The MOPUstor, developed by GustoMSC, provides a solution for short life oil fields without direct access to pipeline infrastructure in water depths and environment not suitable for an FPSO. This MOPUstor concept consists of a steel storage tank supported directly on the sea bed, three (or four) tubular legs, firmly connected to the storage tank, a barge type platform deck that can be jacked along the legs and a jacking system. 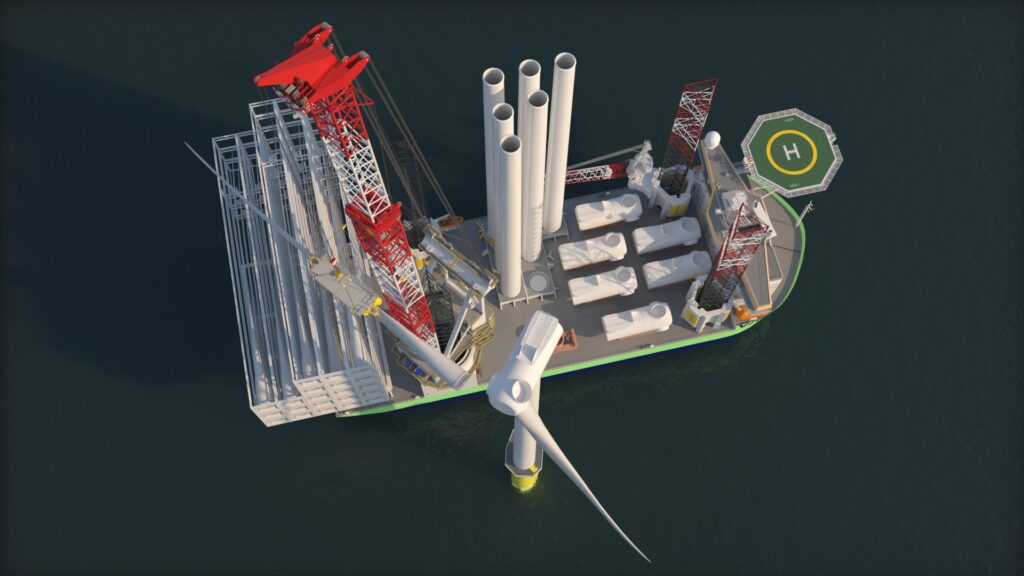 OHT orders two wind turbine installation vessels at CMHI
Posted: about 1 month ago
Premium
Next generation vessels to combat the future
Posted: 3 months ago
Repsol gets green light for use of Maersk Inspirer rig on Yme
Posted: 4 months ago
Advertisement
Related vacancies