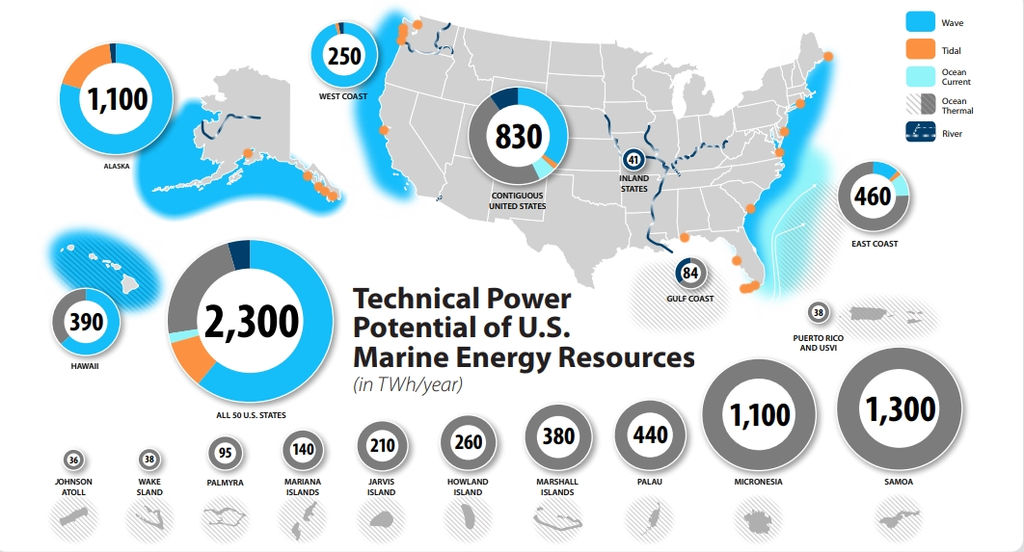 The National Renewable Energy Laboratory (NREL) has released a report which summarizes the best available data on the United States’ marine energy resources at both state and regional scales.

The information contained in the report titled ‘Marine Energy in the United States: An Overview of Opportunities’ is primarily based on the U.S. Department of Energy-funded marine energy resource assessments in technology areas such as wave, tidal currents, ocean currents, ocean thermal gradients, and river currents published between 2011 and 2013.

Focusing on the technical resource within the U.S. exclusive economic zone that can be harnessed for large-scale (megawatt- to gigawatt-scale) energy generation, the report found that the total marine energy resource in the 50 states amounts to 2,300 TWh/yr – equivalent to approximately 57% of U.S. generation in 2019.

Utilizing just one-tenth of the technically available marine energy resources in the 50 states would equate to 5.7% of the U.S. nation’s current electricity generation, enough energy to power 22-million homes, according to the report.

Assuming this energy could be generated at capacity factors between 30% and 70%, this would translate to between 40GW and 90GW of marine energy projects, the report further states.

In addition, the report pointed out that the U.S. Pacific and Caribbean territories and freely associated states add an additional 4,100 TWh/yr of ocean thermal energy conversion (OTEC) resource.

According to the report, early research indicates that marine energy resources are more predictable than other renewable energy resources, which may be valuable to future energy markets as variable renewables play an increasing role in the nation’s energy mix. 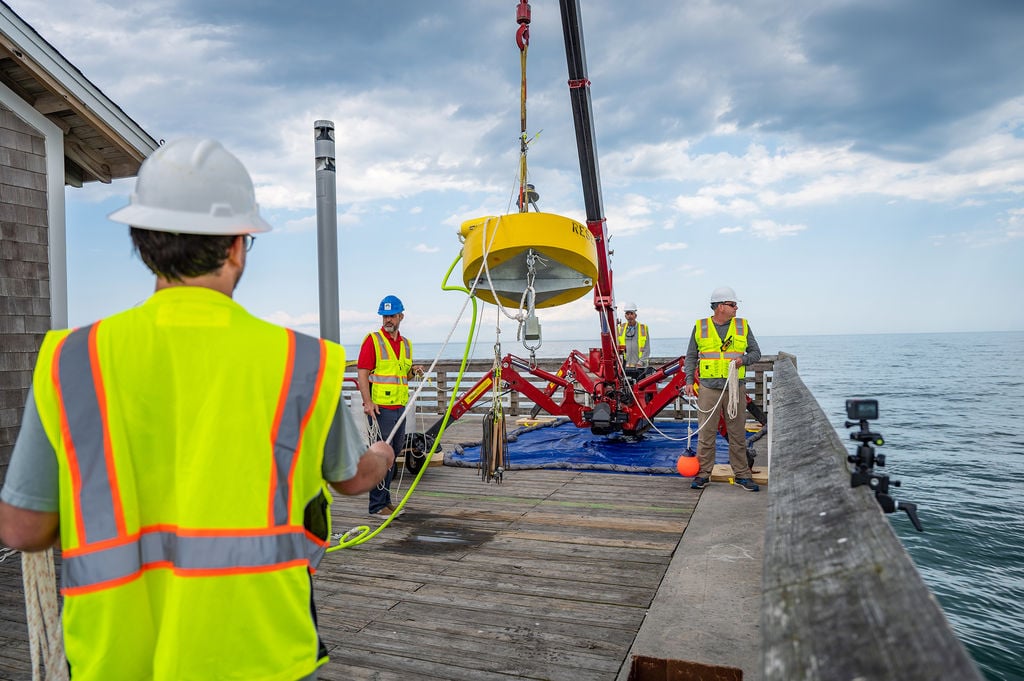