The National Renewable Energy Laboratory (NREL) has installed the first wave test tank at its Flatirons Campus in Colorado, which can help shepherd marine energy prototypes from abstract concepts to the market.

Supported by the funding from the US Department of Energy’s Water Power Technologies Office, NREL’s researchers installed their first wave tank in spring 2022.

The tank, coupled with a motion platform scheduled to arrive in March 2023, is ‘bringing the ocean to Colorado,’ according to Rebecca Fao, a research engineer in NREL’s water power technology group.

Together, the two tools can help accelerate the development of ocean-bound technologies, including marine energy devices as well as offshore wind turbines and floating solar panels, saving developers time and money, while reducing risk as they develop the renewable energy technologies needed to build a 100% clean energy future, NREL claims.

“There was still a big piece missing. We still couldn’t fully emulate the conditions that these devices will experience when they go offshore. Our goal is to conduct end-to-end testing of these devices before they go out on open waters. Our new wave tank and motion platform will make this validation possible at one location: NREL,” said Fao.

Previously, ocean energy companies like C-Power used Colorado’s facilities to get NREL’s expert analysis on how much energy their devices might produce and how well they could handle the ocean’s big, volatile waves. The wet testing, however, took place elsewhere.

Now, with a wave tank available in house, developers can stay put and try out multiple early-stage, small-scale designs, tweaking as they go, or test how seaworthy their instrumentation systems might be, according to NREL.

This ‘fast prototyping’ is said to speed up the development process and save developers money, too.

True to its name, a wave tank is a shallow chamber used to create waves. NREL’s is about 45 feet long – about the length of three cars parked in a row – 8 feet wide, and a little more than 4 feet deep.

Though it is nowhere near the size of the largest wave tank in the world, which is used to study tsunamis, it is big enough to test miniaturized wave energy prototypes, the US national laboratory said.

The tank produces waves as tall as 8 inches, which move at varying speeds, and because one side is glass, researchers can also watch what is happening beneath the water’s surface. That is important to assess mooring systems, which tether some marine energy devices to the ocean floor, according to NREL.

Alone, the wave tank is a useful early-stage validation tool. But it is just one member of the vast machinery available at Flatirons Campus.

Namely, on a single campus, a developer can test its design through theoretical modelling before manufacturing and testing a small-scale prototype and even prepare a full-scale device for the open ocean, according to NREL.

In 2023, NREL’s researchers will install a motion platform, which simulates motions of the ocean. The tool, which can support about 22,000 pounds (the weight equivalent of more than five average-sized cars) and can mimic wave movements of up to about 8 feet, will provide a controlled environment in which to test the dynamic behavior of even larger marine energy prototypes as well as scaled offshore wind turbines and floating solar panels.

Because the tool can imitate a wider spectrum of ocean movements and serve more technologies, it will be one more big puzzle piece added to NREL’s theory-to-ocean support, the laboratory said. 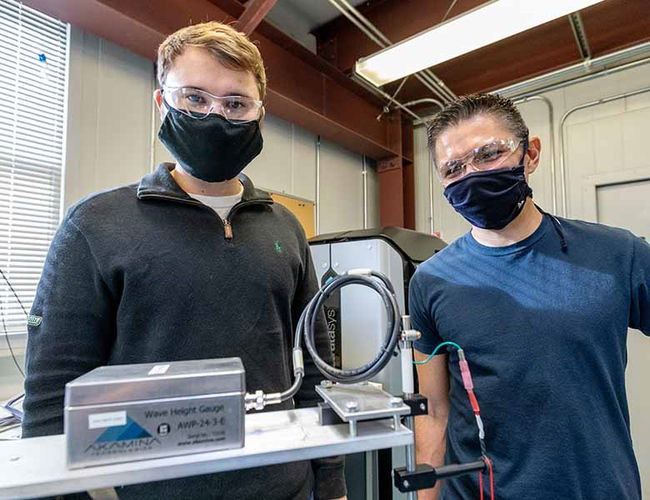