Nippon Yusen Kabushiki Kaisha (NYK) and Hokuetsu have a long-term contract for the 60,222 dwt vessel.

Named Southern Ace, the new carrier is an eco ship that uses approximately 15 per cent less fuel compared to conventional wood-chip carriers, according to NYK.

As explained, these advancements have been made through improvements to the hull form while maintaining transportation capacity and the use of a larger propeller that improves propulsion.

The 210-meter-long carrier is also equipped with ladder fins that improve water flow generated at the aft end of the vessel.

NYK revealed in January this year that the term Environmental, Social, and Corporate Governance (ESG) will likely receive more attention this year.

MOL, NYK to increase focus on sustainability in 2021

In February 2021, the shipping company announced the NYK Group ESG Story which aims to further integrate ESG into the company’s management strategy and promote activities that contribute to the achievement of the Sustainable Development Goals (SDGs) through business activities.

To strongly promote ESG management, NYK said it will encourage new value creation as a sustainable solution provider through a business strategy that includes contributing to the stable supply of wood chips by operating eco-ships that use less fuel compared to conventional wood-chip carriers.

In Japan, the establishment of a fund for supporting R&D in the green domain has been announced officially, and similar movements are already underway elsewhere around the world. In 2020, the Japanese government announced the creation of a JPY 2 trillion (about $19 billion) fund to promote investments in green businesses.

The fund has been described as one of the pillars of the country’s ambitious strategy aimed at cutting greenhouse gas emissions (GHG) to net zero 2050. 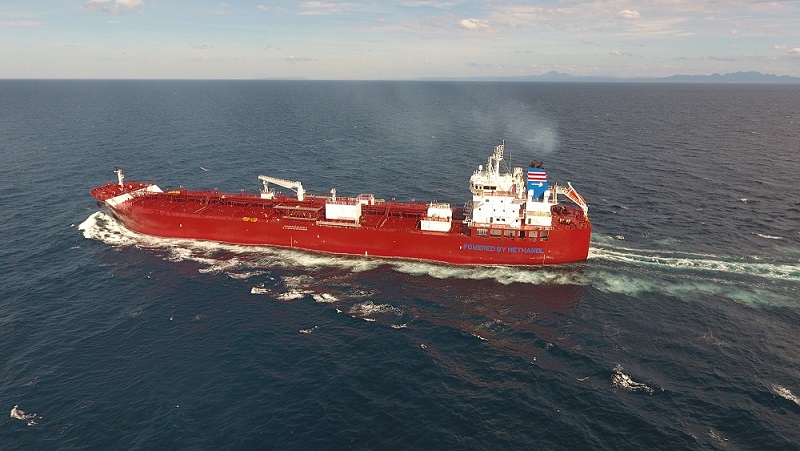 NYK to transport eco-friendly renewable diesel for Neste
Posted: 29 days ago
NYK puts ESG at the center of business strategy
Posted: about 1 month ago
NYK pens $840M worth of sustainability loans
Posted: 19 days ago