A new very large gas carrier (VLGC) that Japanese shipping major NYK will charter under a long-term contract to compatriot Astomos Energy Corporation has been named.

The naming ceremony for the 83,000 cbm Lily Promenade was held in Kumamoto prefecture at the Ariake Shipyard of Japan Marine United Corporation (JMU) on October 10.

Ordered in 2016, the Panama-flagged newbuild is scheduled for delivery on October 30, 2019, according to NYK.

As informed, Lily Promenade is the first new NYK-owned VLGC to include an SOx scrubber that is compliant with the International Maritime Organization’s (IMO) more stringent SOx emission regulation, which is scheduled to become effective in January 2020.

The ship will also be about 10% more energy-efficient, meeting IMO EEDI phase 1 requirements. In addition, energy-saving devices and low-friction paint will make the ship a more fuel-efficient tanker, the shipping company said. 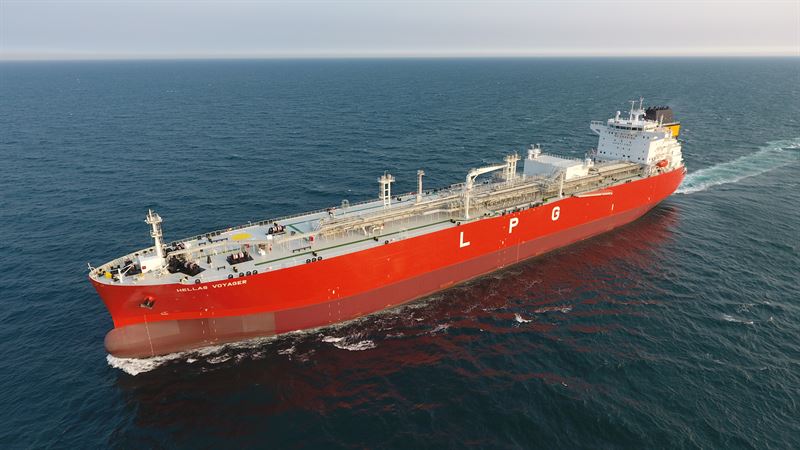