After two weeks of final tests in the Pacific, the Ocean Cleanup has received the green light to proceed to the Great Pacific Garbage Patch and start cleaning plastics.

The Pacific Trials were a crucial step for the organization in verifying the system’s endurance and performance in real life conditions.

The System 001 consists of a 600-meter-long U-shaped floating barrier with a three-meter skirt attached below. It is designed to be propelled by wind and waves, allowing it to passively catch and concentrate plastic debris in front of it.

During the trials the system’s U-shape installation was carried out, and the system attained sufficient speed through water, which means that it moved faster than the plastic in order to capture it.

It also proved its ability to reorient when wind and wave direction changed and attained effective span in steady state, which is crucial for the system to capture and retain plastic.

Finally, no significant damage was detected on the system by the end of the test, paving the way for the system to resume its voyage to its final destination.

Maersk Supply Service‘s Maersk Launcher will now tow the System 001 further out into the Pacific to begin the big cleanup.

We have a GO to head to the Great Pacific Garbage Patch pic.twitter.com/jjqYQX1EZ9

If all goes as planned, the Ocean Cleanup estimates the first plastic could be collected and returned to land within 6 months after deployment. Once successful, and if the funding is available, the organization aims to scale up to a fleet of approximately 60 systems focused on the Great Pacific Garbage Patch over the next two years. 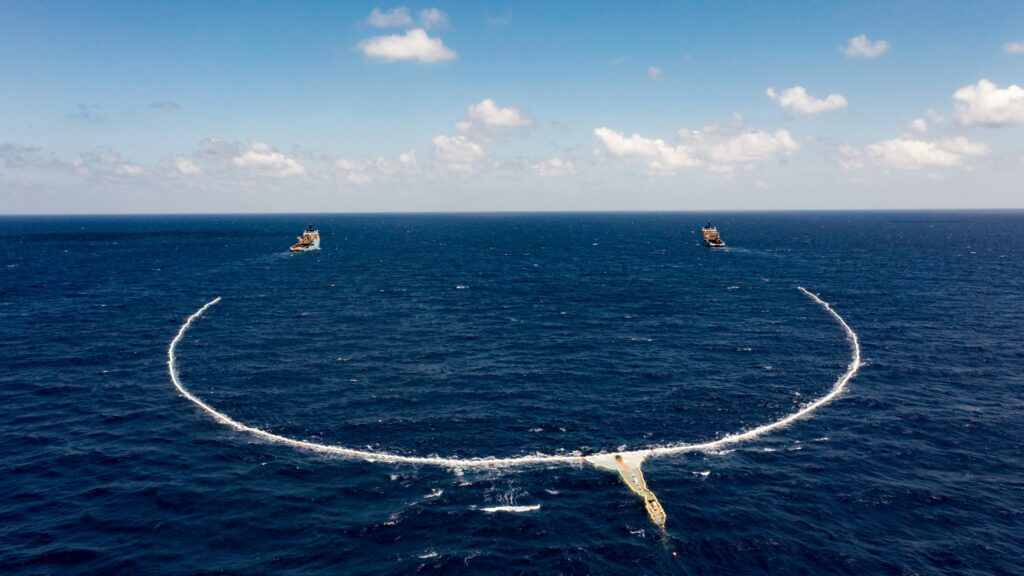