Following a request by EMAS AMC for a short- term standstill agreement for the bareboat charter of the Lewek Connector, the vessel owner, Ocean Yield, has terminated the charter.

At the time, Ocean Yield noted EMAS AMC’s restructuring efforts by its parent company EMAS Chiyoda Subsea without confirming whether it would comply to the request or not.

On Monday, February 13 Ocean Yield said that, in order to protect the company’s legal interest, a notice of termination related to the bareboat charter of the 2011-built Lewek Connector has now been served.

The company will however continue to participate in the discussions regarding a financial restructuring of EMAS Chiyoda Subsea, Ocean Yield added. Simultaneously, Ocean Yield said it is considering a potential short-term contract for the vessel to a related company of Ezra Holdings at a reduced rate while a long-term solution is being discussed.

As a consequence, an impairment charge of approximately $35 million will be considered by the board of directors for the 4Q 2016 results.

Ocean Yield noted that, following delivery of six vessels during the fourth quarter and the refinancing of the bonds in American Shipping Company ASA, it does not expect any negative impact on the dividends in the near term due to reduced earnings from Lewek Connector.

EMAS Chiyoda Subsea Group is owned 40% by Ezra, 35% by Chiyoda and 25% by NYK. ECS’s obligations under the charter party for the Lewek Connector are guaranteed by Ezra Holdings Ltd., listed on the Singapore Stock Exchange.

Also in December, EMAS AMC was unable to settle the outstanding charter hire for Forland’s Lewek Inspector due to financial distress. 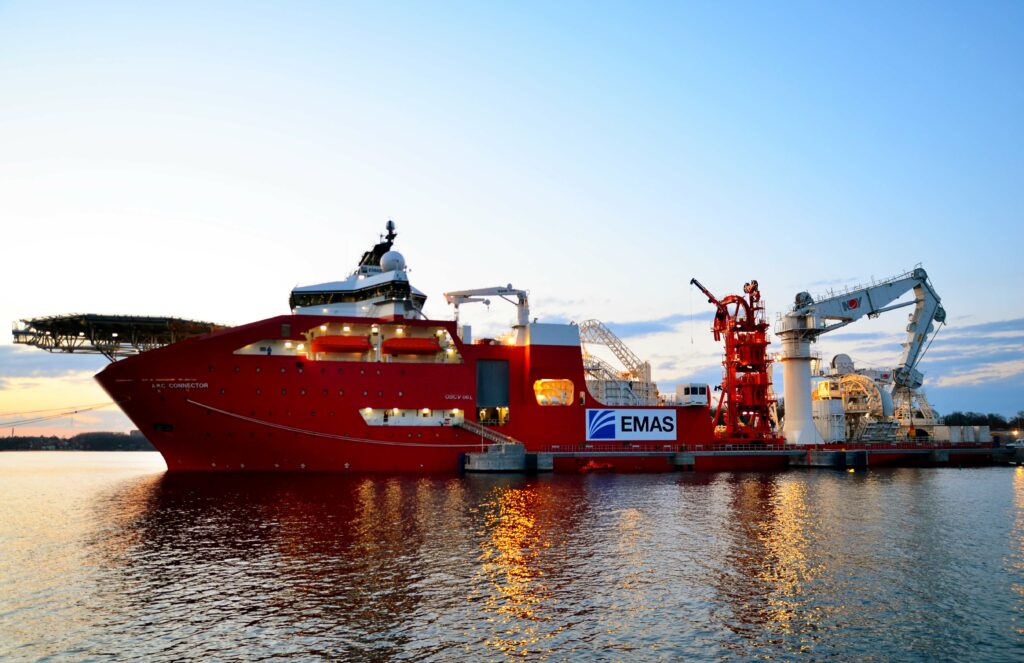