Dutch offshore floating solar specialist Oceans of Energy has announced the upscaling of the world’s first offshore solar farm system for 20 times to 1MW in capacity.

In the coming years, the company plans to further scale up the system off the coast of Scheveningen in Netherlands to 10MW and then to 100MW, which is an equivalent to an energy supply for 30,000 households.

The expansion of the offshore solar system to 1MW is supported by a public contribution from the Demonstration Energy and Climate Innovation (DEI+) arrangement, provided by the Netherlands Enterprise Agency (RVO).

Allard van Hoeken, founder and CEO of Oceans of Energy, said: “With the scaling up to 1MW we, together with our partners and observers, are taking another huge step towards a future in which the Netherlands can meet its full energy needs from renewable energy from its own sea and land. With only 5% of the Dutch North Sea, we can generate half of the entire Dutch energy requirement with offshore solar”.

More than twenty high-profile parties, such as Vattenfall and RWE Renewables, have joined this project as partners or observers.

These include Fugro, which will be monitoring the floating solar panel connectors, including the forces experienced by the panels as they float on the sea, as well as the Netherlands Organization for Applied Scientific Research (TNO) that will be researching the suitability of solar panels for offshore use and their integration in wind farms.

In addition, TKF will be developing and manufacturing the power export cable for the project, while Primo Marine will lead the process surrounding the offshore cable installation.

“I am extremely proud of the Oceans of Energy team, of our partners and observers, the Dutch government and all parties that contribute to add this new and potentially largest form of clean energy generation to the energy mix in the Netherlands and worldwide. After all, half of the world’s population lives in coastal regions”, added van Hoeken. 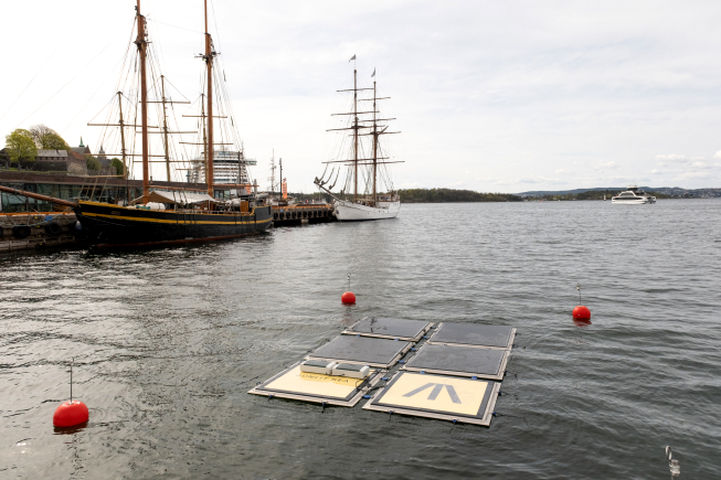