The loan is aimed at refinancing existing debt and funding investments in the existing infrastructure and new growth projects.

“This is an important milestone for our terminal portfolio in the US, as it positions the company to expand its terminal footprint in Houston, one of the strongest growth areas and key hubs for petrochemicals in the world. The financing ensures that OTUS can embark on accretive growth opportunities and remain self-funded,” Odfjell CFO, Terje Iversen said.

He added that the timing of the financing is a testament to the “strong outlook for the US terminals.”

Over the last months, Odfjell has been working with its JV partners in the US and Antwerp to modernize and automate its terminals as well as bolster capacity.

The company estimates that its Capex for the next two years would be USD 64 million, of which USD 32 million is growth-related and USD32 million is related to maintenance capex.

Odfjell SE’s tank terminal division covers six tank terminals including those in Belgium, the US, South Korea, and China.

The company’s US portfolio comprises Odfjell Terminals Houston, located near the entrance of the Houston ship channel, with a total storage capacity of 379,981 cbm and two docks for deep-sea ships, and Odfjell Terminals Charleston.

The facility in Charleston is operated by Odfjell Terminals Houston since 2013. The terminal is located on Charleston’s Cooper River, has a storage capacity of 79,253 cbm and one deep-sea berth for tankers and barges.

In its report for 2019, Odfjell disclosed that following Lindsay Goldberg’s exit from Asia, the company may consider tagging along on a sale of its ownership in terminals in China. The company expects LG’s exit process to be concluded in the coming quarters. 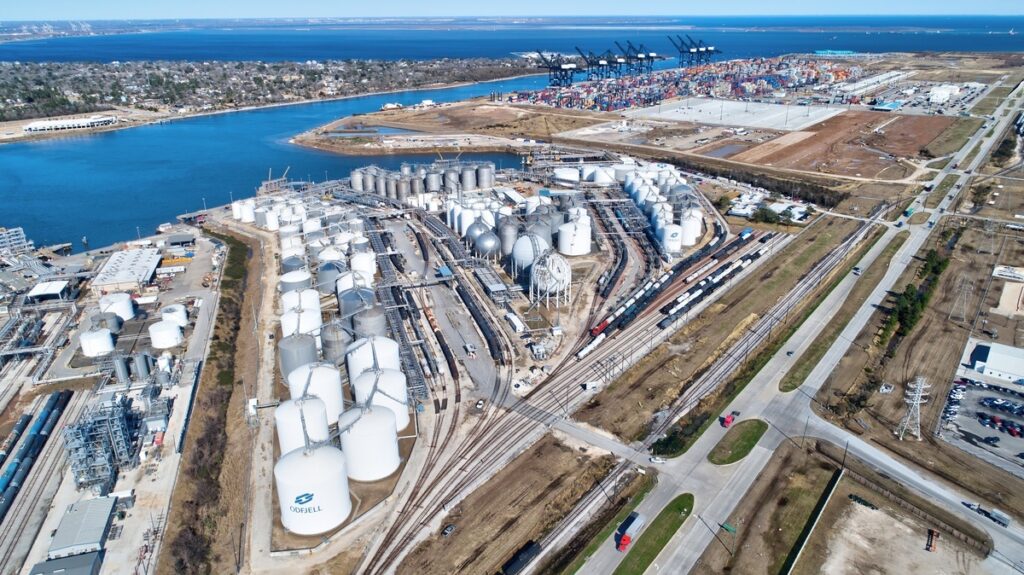