As previously announced, readers/viewers of Offshore Energy Today on Wednesday, had a chance to follow a live stream of the on-air talk show themed “From bust to boom,” recorded on the exhibition floor of the Offshore Energy Exhibition and Conference, being held in Amsterdam, The Netherlands.

The session had promised to tackle the jobs situation in oil, gas, and renewables, in the wake of the large number, more than 300.000 people laid off globally in the oil and gas industry, and in the wake of the increasing investments into the renewable energy industry.

One could expect, and rightly so, that there would be much talk about offshore wind, given the majority of speakers have a background in dealing with renewables in the Netherlands.

He was talking about the Dutch gas reserves, which are expected to be “gone” in a few decades, with wind seen as a potential replacement.

“We are looking to find a smart ending strategy for gas in the Netherlands. By 2050 there will be no gas to be found here.”

He said NOGEPA was looking at synergy with offshore wind: “In the beginning, we wanted to push them away as far as we could, but the future is now wind, wind, wind, wind.”

Commenting on the situation with layoffs in the offshore oil and gas industry, Peters said that there was a lot in common between jobs in oil and gas, and offshore wind industries, meaning there was room for the laid off oil workers to find employment in the renewable energy industry sector.

This was pretty much echoed among other speakers. For example, Alexia Aubault from Principle Power, a company developing floating wind turbines, said: “I do agree there’s a lot in common between Oil&Gas and wind industry. I studied ocean engineering and learned about oil and gas. This knowledge is transferable.”

She also said that her company in the previous year hired many engineers from the oil and gas industry. Aubault added that those professionals coming from oil and gas, contrary to the popular belief, do have respect for the environment and the risk factors as well.

John Baken, with TKI, said the future was bright for the offshore wind in the North Sea: “The investment level in offshore wind will increase from 10 billion a year now to $40 billion in 2030.”

We have to look at the oil and gas people and work together to see what kind of people are laid off, and what we need in offshore wind, and what training is required to make them become offshore wind professionals.”

Baken said that the wind sector is accelerating, so the education system needs to accelerate as well, as education itself takes time. This brings up a concern that in due time there will be a lack of qualified people to work in the offshore wind sector.

He also said that offshore wind firms themselves should be explicit about what kind of workers they need, and not just provide the numbers they need.

Joannes Colette, from Collette Consultancy & Design, who is working to interconnect offshore education programs on universities in the Netherlands said: “It’s important that the companies attract young people even in the downturn, as young people without background and experience still can have great ideas and bring enthusiasm.”

Providing a message for those working offshore, or striving to work there, NOGEPA’s Peters said: “Enjoy what you do now, embrace the work that it’s there in both sectors, and never stop learning. As you might need to be able to shift sectors.”

When asked if the youth might consider the offshore sector as “not sexy enough” Peters said this: “Working offshore is very sexy. How many industries are there where you go to work by helicopter?”

To remind, Offshore Energy Today is live streaming another talk show from the OEEC Community Square.

The session, “Future-proof your business,” will explore how energy companies are preparing for a low carbon world. Over time, oil and gas companies have changed the way they presented themselves: from producers of resources to providers of energy.

Today, more than ever, we see shifting portfolios, favoring gas over coal and oil and including renewables.

How can traditional energy companies be successful in their own transition to a low carbon world? What dilemmas could they encounter?

This session will be live streamed on Offshore Energy Today on Wednesday October 26, at 16.00 CET, on the homepage via a pop-up window, and on our Facebook page.

Worth noting, we live streamed a session themed: “We’ll always have Paris,” discussing the effects of last year’s Paris climate agreement. If you’ve missed the live stream, there is now a replay of that session which you can watch here. 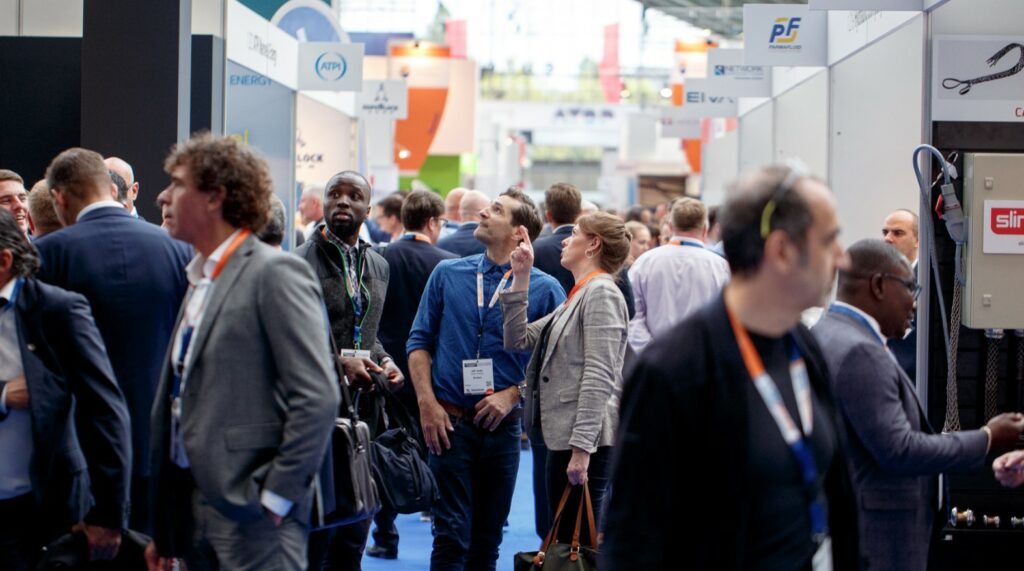