Novel renewable energy technologies, such as offshore floating solar and wave power, in combination with e-fuels are able to secure the energy supply of island countries, according to a research which analyzed the energy transition of the Maldives to 100% renewable-based energy system.

Low-lying coastal areas and archipelago countries are particularly threatened by the impacts of climate change. Concurrently, many island states still rely on extensive use of imported fossil fuels, above all diesel for electricity generation, in addition to hydrocarbon-based fuels to supply aviation and marine transportation.

Land area is usually scarce in island and archipelago states, and conventional renewable energy solutions cannot be deployed in a sufficient way.

Therefore, the research conducted by LUT University and Utrecht University, along with other partners, explored the viability of combining offshore floating renewable energy technologies – like offshore wind, wave energy, and floating solar – to transition an island nation – in this case the Maldives – towards a fully renewable-based energy system.

The study, published on Elsevier for Energy portal, analyzed the potential of floating renewable energy systems, used either in combination with the import of CO2 neutral synthetic e-fuels, or for supplying own synthesis units within the country on the example of the transportation intensive context of the Maldives.

Novel technology approaches, such as offshore floating solar and wave power, have been verified as potentially main technologies for countries with very limited land area and access to sea areas, according to the study.

However, offshore wind plays an important supporting role in most of the scenarios – though showing a limited growth potential between 2030 and 2050 in both the scenarios, whereas both floating solar and wave power are projected to gain substantial growth in electricity generation.

Patrik Möller, CEO of Swedish wave energy company CorPower Ocean whose technology was considered in the study, said: “The paper is the first one published in series of studies aimed at quantifying the system value of adding wave energy into the electricity mix in various regions of the world.

“Christian Breyer and the renowned energy systems group of LUT University clearly show how wave energy will be important to help islands economies such as the Maldives to decarbonize.

“The study finds that the consistent production profile of wave energy that is complementary to wind and solar helps to offset the intermittency of the mix, reducing the total cost of carbon-free electricity.

The study suggests that phasing out diesel-based electricity generation will have a positive effect on the countries’ cost for final energy in the long-term.

Wave power, with its relatively stable electricity generation over the whole year and especially during the monsoon season, will be the backbone of the archipelago’s energy system, in particular when energy intensive facilities for transport e-fuel production are set up within the country.

However, with an increase of renewable energy systems, the demand for storage technologies will grow, especially short-term battery storage, according to the study.

Not having interconnections available and geographically widespread storage options, the Maldives require a specialised balancing and seasonal storage option.

Hydrogen was deemed by the researchers as most qualified to take over this task, not least because of a well distributable nature of the system components, which can be placed on the islands all over the country.

Many islands and countries are in a similar situation to the Maldives, in that they are dependent on diesel-based electricity generation and have limited land area but have access to sea areas.

Floating offshore solar and wave power have the potential to provide suitable solutions for these regions to ensure a sustainable energy transition reaching a 100% renewable energy supply share between 2030 and 2050, according to the study.

Nevertheless, the present study provides useful insights for the future of offshore floating solar and wave power and their role in the energy transition.

The research was supported by the financing of European Union’s Horizon 2020 programme, and the €45 million EU-SCORES project, which brings together major European companies and project developers with the join aim to unlock large-scale potential of combined wind, wave and offshore floating solar renewable energy sources. 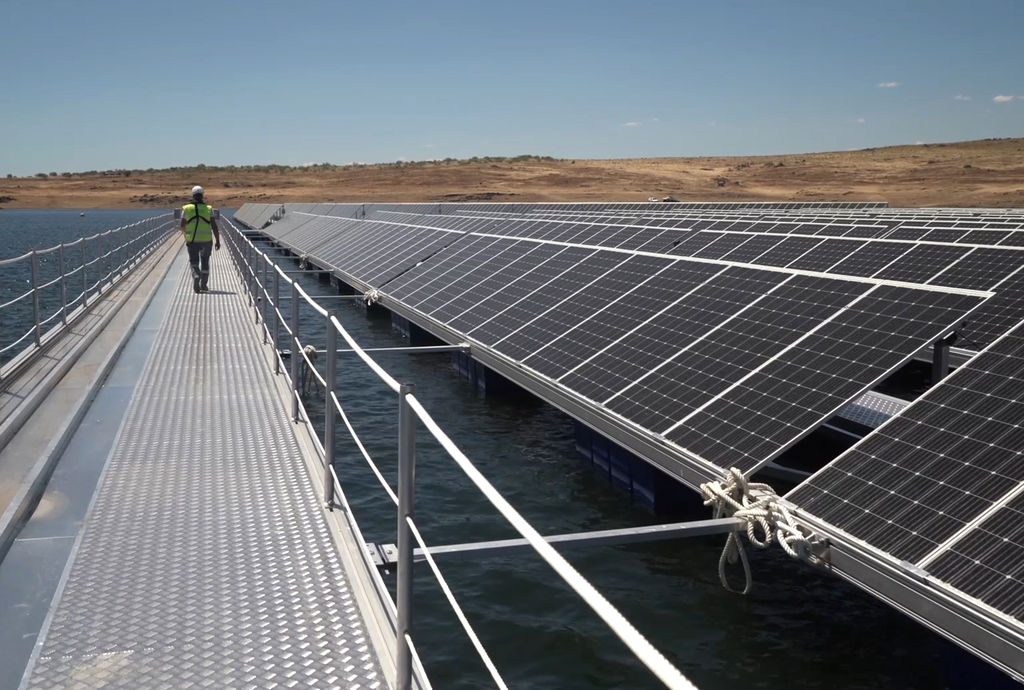