Today the Belgian EU Presidency brought together governments and industry to speed up the building of an integrated offshore electricity grid in the North Seas.

At a high level conference in Ostend, jointly organised by the Belgium Presidency and the European Wind Energy Association (EWEA), Energy Ministries and industry from North Sea and other EU countries agreed the importance of developing offshore electricity infrastructure. The offshore grid is vital for the large amounts of planned offshore wind power. It improves Europe’s energy security and the ability to trade electricity in Europe’s internal market.

The Belgian Director General for Energy, Marie-Pierre Fauconnier, states: “This intergovernmental initiative aims to create an integrated off shore electricity grid in the North Seas, an action that fits within the Off shore Wind Area, which is identified by the European Commission as one of the Union’s six infrastructural priorities in the field of energy. Building this North Seas Offshore Grid is essential to meet Europe’s future energy needs – secure electricity supply, free of carbon emissions, at an affordable price- as it will connect Europe with its greatest domestic energy resource, off shore wind.”

“The North Seas offshore grid is crucially important to harness the enormous potential of offshore wind power and to achieve Europe’s climate and energy goals” Christian Kjaer, Chief Executive of EWEA told the conference. “It is vital that European countries work together to create the North Sea grid which will improve security of energy supply and bring more competition into the electricity market. Europe needs this international infrastructure to connect offshore power to onshore grids.”

Daniel Dobbeni, the president of the European Network of Transmission System Operators for Electricity (ENTSO-E), representing 42 system operators from 34 countries, said: “To fulfil both the European and national energy and climate change policies the installed Renewable Energy Sources in electricity grids need to be significantly increased mainly in the North and Baltic seas. In the case of the North Sea Region, wind power will be installed in places where the transmission grid had no reason to be built previously. As a result the concerned TSO’s face major challenges in extending their grid onshore – which is a prerequisite to integrate all new renewable energy sources – and offshore – where major wind power plants will be installed”.

On 2 December 2010 the North Seas Countries Belgium, Denmark, France, Germany, Ireland, Luxembourg, the Netherlands, Norway, Sweden and the United Kingdom will sign a Memorandum of Understanding on the North Seas Countries’ Offshore Grid Initiative. The Memorandum of Understanding will provide a framework for regional cooperation to find common solutions to cross-country questions related to current and future grid infrastructure developments in the North Seas.To date in Europe there are 948 offshore wind turbines in 43 fully operational offshore wind farms, with a total capacity of 2,396 MW. 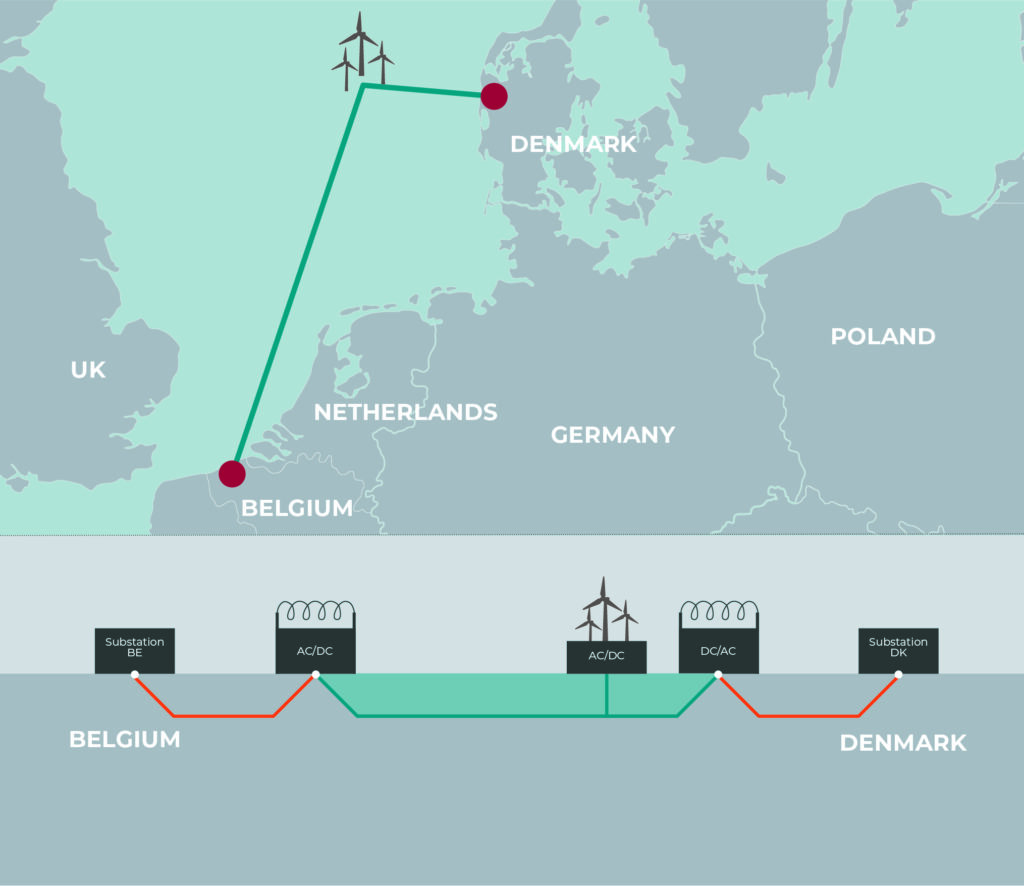