One of Port of Oakland’s biggest tenants Outer Harbor Terminal (OHT) is leaving the port in March terminating a 50-year lease.

The reason behind the deal termination has not been disclosed, with Ports America’s OHT saying merely that the decision was based on “business reasons”. According to the port, the decision to terminate the lease was made unilaterally by Ports America, the largest stevedore company in the US.

Namely, OHT said that it is developing a cooperative 60-day transition with the Port of Oakland to wind down operations and return the leased terminal property to the port.

“During this transition, OHT intends to run business as usual and to service its customers and vessels for the next 30 days. OHT expects to take an additional 30 days to complete the delivery of import and empty containers and transition out of the terminal,” OHT added.

Port of Oakland officials promised to keep cargo moving efficiently adding that vessels will be rerouted to adjacent terminals after the shutdown occurs. Port representatives assured shipping lines and cargo owners that planning is already underway to blunt the shutdown’s impact.

“We’re disappointed that Ports America is leaving,” said Port of Oakland Maritime Director John Driscoll. “But we’re in advanced discussions with our maritime partners here to prevent disruption to the Oakland business.”

The port said it expects Ports America to meet all of its lease obligations until the two sides agree on an orderly transition of the property. The port added that it has engaged in prolonged discussions with Ports America about the operator’s future in Oakland.

Ports America said in a release that it is currently focusing its business strategies on increasing its West Coast presence through additional investments and expansion of services into new terminals. Areas of concentration include Los Angeles, Long Beach, the Pacific Northwest and western Canada.

Outer Harbor is one of five marine terminals leased to private operators by the Port of Oakland. More than 2,000 ships, most from Asia, berth at the terminals each year. The terminals load and unload containerized cargo transported by the vessels. More than 2 million containers move annually through the port.

There is ample capacity to absorb Outer Harbor’s volume at other Oakland terminals, the port said. It added that terminal operators are preparing for the cargo migration.

“We know we have the terminal capacity to redirect cargo,” said Driscoll. “Our priority is ensuring that the terminals ramp up to move cargo in a timely manner.”

OHT’s departure could enable to port to find new, better uses for Ports America Outer Harbor Terminal, one of the options being uses unrelated to containerized cargo operations, the port said. That would be new for Oakland, which has been home exclusively to container ships since the 1960s. 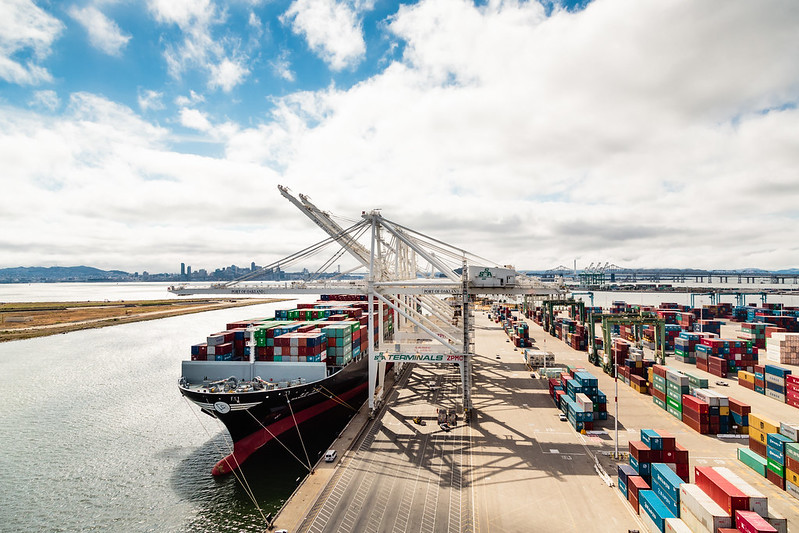