The company released a study that delves into the rating scheme pointing to examples where the application of the CII regulations yields unfavorable results.

Under the CII rating scheme, set to enter into force in 2023, ships will be designated with different ratings based on their efficiency ratio, which measures distance traveled, speed as well as the intensity of the use of the vessel. This will highly depend on how a ship is traded, which is largely dictated by a ship’s charterer. Furthermore, the rating will be impacted by factors that are out of owners’ control such as adverse weather, voyage distance, port waiting times, and port infrastructure.

“Our argument is that the shipping industry should not rely solely on the formulas in the regulation, rather we need to take a holistic view and focus on reduction of absolute emissions. The CII formulas in the regulation are not holistic, can be gamed and there are many real-world instances where strict adherence and focus on the CII rating letter grades will do more damage than good,” the shipowner said.

One of the examples the company used is the increase of fleet productivity by reducing empty legs, so they can carry more cargoes per year. Even though a ship consumes more fuel during laden voyages, the improved utilization decreases the emissions per ton carried, which is beneficial for the environment and should be the objective.

“However, such improved efficiency is being penalized with a bad CII rating, whereas if an identical sister ship engages in inefficient trading and lower productivity, this leads to higher emissions per ton carried, but this vessel is being rewarded and encouraged by a good rating,” Oldendorff pointed out.

The study further explained that the distance denominator in the formula favors longer voyages and penalizes shorter round voyages. The likely consequence will be that less efficient ships will trend toward long voyages, emitting more, while more efficient ships stay in the shorter trades. Meanwhile, there is no motivation to shorten trade lines in the name of reducing emissions, Oldendorff noted.

Commenting on long waiting times or slow port operations, the company said that some owners may resort to irresponsible steaming around in circles instead of waiting at anchor to improve their CII rating, while increasing annual GHG emissions.

“The CII is an operational scorecard, but it does not accurately reflect the difference between a super eco ship and an inefficient ship on a trade route with an inherently bad CII variable. Even the most efficient vessels can receive bad CII ratings due to factors that have nothing to do with the actual technical efficiency of the vessel,” the company added.

“On the other hand, the most inefficient vessel can achieve a good CII rating by simply ballasting with no cargo. This exemplifies why CII metrics should not be used in isolation for commercial contracts.”

Oldendorff believes that neither charterers nor owners should take a hard stance on a specific CII letter rating, noting that D and E ratings are acceptable transitional ratings during the current phase of the IMO CII regulations, provided that the improvement plan requirements (SEEMP) are adhered to.

“Ships rated D or E that are following this SEEMP process are compliant and should be accepted by charterers for the execution of their cargoes. If charterers insist on a higher CII rating, then shipowners will need to ask for indemnification from charterers for damages to the vessels CII rating caused by long port stays,” the bulker owner went on to say.

“Similarly, owners should not worry about how their ships are traded if they are out on time charter. This approach will solve the problem with the BIMCO clause not being workable and end the vicious cycle where all parties seek to be indemnified for theoretical damages that can’t be quantified.”

The starting point for the new CII clause is that a time charterer should take responsibility for a ship’s emissions because the charterer makes the relevant decisions on the operation of the ship. When entering into the charter party, or incorporating the clause into an existing charter party, the parties are to agree on a specific CII to be achieved each year, BIMCO said.

“We believe that the review of the CII regulations, which is already intended by the IMO, should begin urgently to rectify the illustrated problems,” Oldendorff concluded.

“In the meantime, our advice is to focus on the emissions and not the CII rating.” 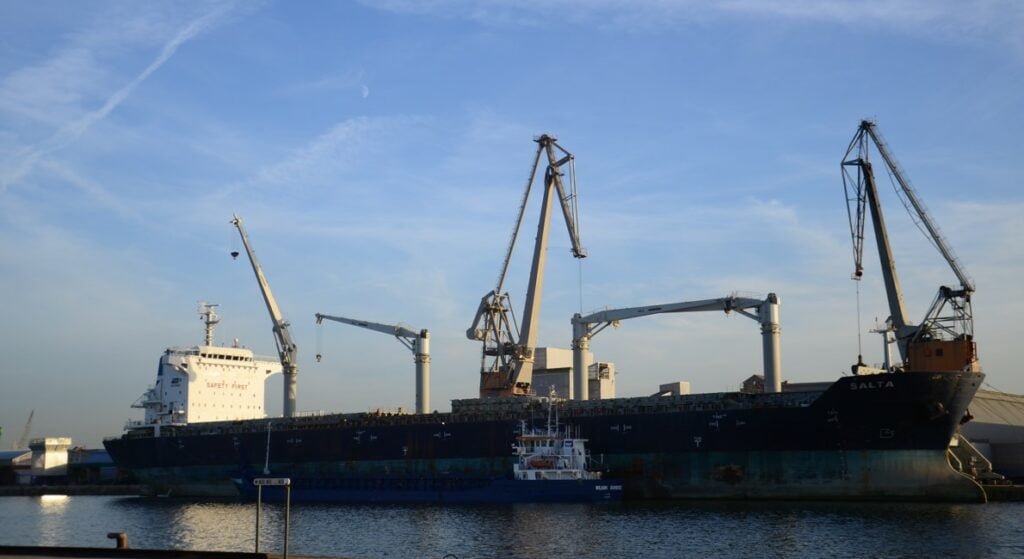