German shipping company Oldendorff Carriers and New Zealand’s shipping service provider South Pacific Shipping (SPS) have finalized a deal that will soon see “the largest vessels to ever call at New Zealand for the loading of logs.”

As informed, Oldendorff Carriers concluded two deals that will bring Post-Panamax vessels to load logs from Tauranga. Both fixtures will see the company provide ships that will be over 30,000 mt dwt more than the current largest vessel to have loaded logs from New Zealand.

The first vessel to load is scheduled to be the 92,759 dwt carrier MV Clemens Oldendorff, which is due to load from Tauranga at the end of October, or early November 2021.

The logs are sourced from Pacific Forest Products (PFP) and supplied entirely from sustainable plantation forests. The bigger vessels will allow ISO Stevedoring to use their new high-capacity shore cranes, improving both loading speeds and stevedore safety. The ship will transport the logs from the Port of Tauranga with no deck cargo fumigation or lashing required, according to the company.

“A Post-Panamax will carry underdeck twice the volume of a conventional logger, but will not require any fumigation by Methyl Bromide as no logs will be carried on deck. This deal is also good for the environment,” Cameron Mackenzie from SPS stated.

“Not only will this be the biggest vessel to load logs from New Zealand, loading a gearless ship is also a first for the New Zealand log export industry. Our objective is to make the supply chain as efficient as possible while maximising port throughput, as well as minimising the environmental footprint from the transportation of logs.”

The partners also revealed that the deal was brokered by Braemar ACM’s Bruce McFarlane.

“We saw an opportunity to bring together two major players from the logs trade and dry bulk shipping to create new economies of scale through the utilization of the new mobile shore cranes and larger vessels at Tauranga,” McFarlane commented.

If the loading process goes to plan, and freight rates remain proportionate to current levels, SPS said that the company will look to charter further Panamax vessels to capture ongoing gains obtained from supply chain efficiency and safety.

In June 2021, Oldendorff announced its plans to push forward its fleet expansion efforts with a fresh round of business deals with Japanese partners. 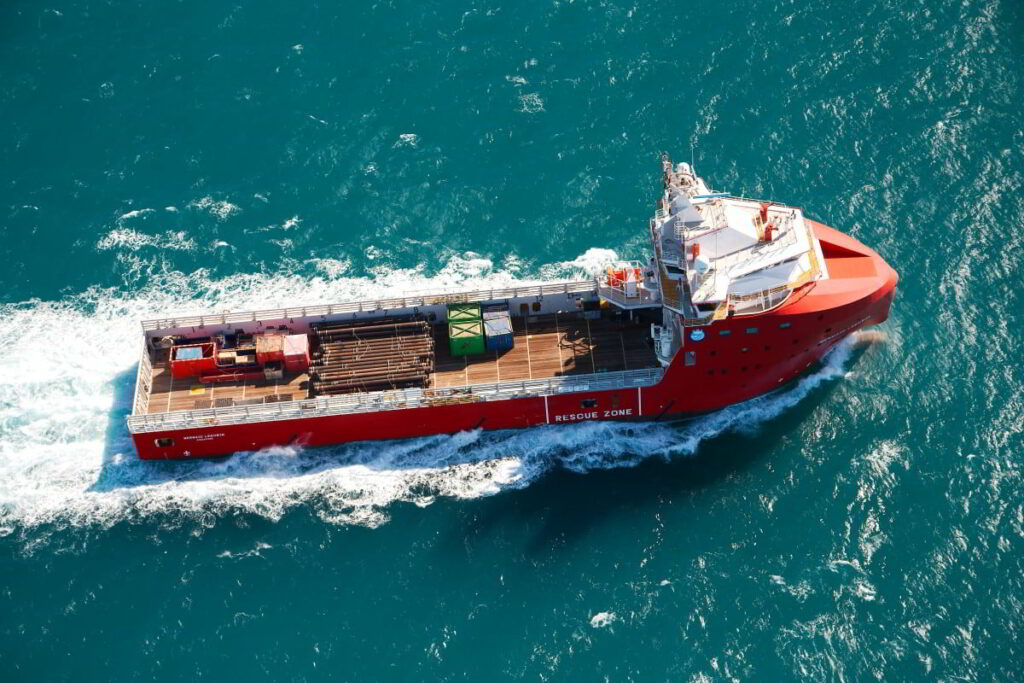