German dry bulk operator Oldendorff Carriers is pushing forward with its fleet expansion efforts, having revealed a fresh round of business deals with Japanese partners.

Earlier this year, Oldendorff ordered a 182,000 dwt eco Capesize newbuilding at Namura Shipbuilding scheduled for delivery during the 4th quarter of 2022.

As informed, the vessel will feature a Mitsui-MAN B&W 6G70ME-C9.5(EGRBP) NOX Tier III main engine and a new hull form, which can result in a very low fuel consumption.

What is more, the company also bought three second-hand Post-Panamax ships, scheduled for delivery between June and July 2021.

The deals are being announced just a month after Oldendorff revealed an order for two 61,300 dwt Ultramax newbuildings and acquired two 93,000 dwt Post-Panamaxes.

The two Ultramaxes are scheduled to be delivered from Dalian Cosco Kawasaki Ship Engineering Co Ltd (DACKS) in July 2022.

The newbuilds are of the Kawasaki eco design, of which the company had previously built nine units at DACKS and sister yard NACKS.

Oldendorff Carriers’ impressive fleet renewal program is continuing with several vessels set to join the company in the coming months.

As revealed by VesselsValue, the ships are scheduled for delivery from June until December this year.

Oldendorff Carriers operates a fleet of around 750 vessels, including  34 ships of all size classes on long period charter from Japanese ship owners. 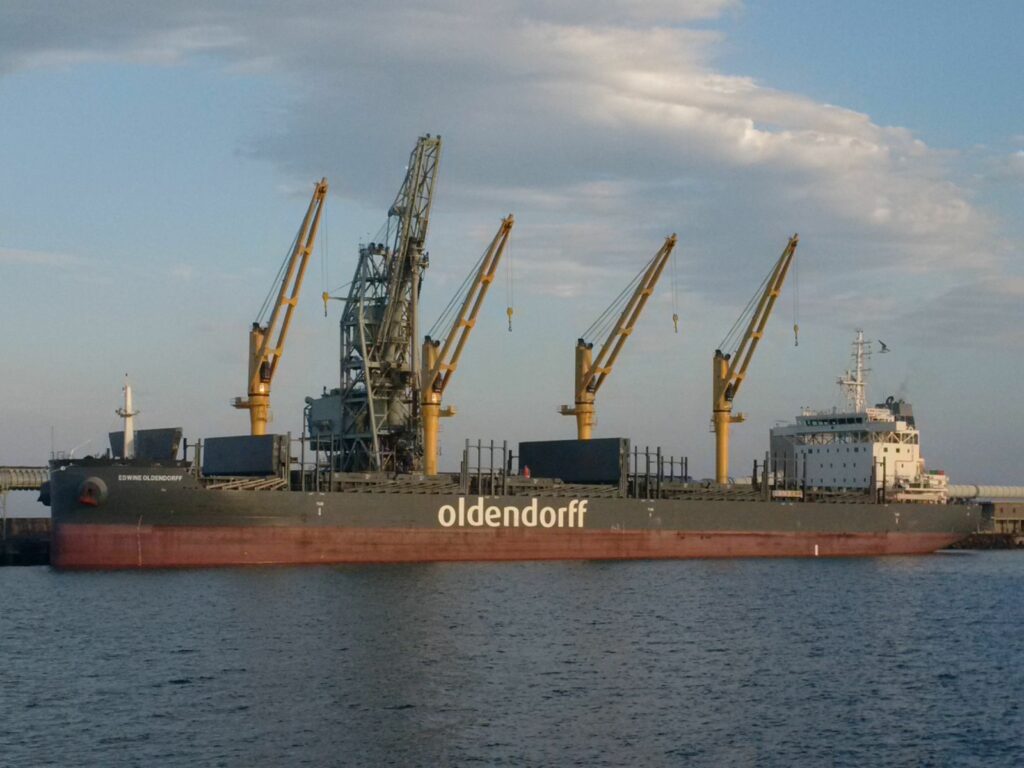