The ships were previously owned by Scorpio Bulkers and Tufton Oceanic, and they will operate in future trade under the names of Jabal Samham and Jabal Al Kawr.

The two ships are valued at around USD 17 million each, data from VesselsValue shows.

With the latest acquisition, OSC has built up its fleet capacity to 55 ships.

Commenting on the drivers behind the investments as well as future fleet expansion plans OSC’s CFO and acting CEO Michael Jorgensen told World Maritime News that “the investment follows the company’s dry cargo expansion plan where our focus is on increasing our presence in the Ultramax-segment.

“This will allow us to further support export of Omani cargos. We are targeting an increased share of the local and regional markets.”

Speaking on the market developments and outlook for OSC in the bulk and tanker sector with the light on the ongoing geopolitical events such as coronavirus, OPEC+deal fallout, and oil price fall, Jorgensen said the company was monitoring the situation very carefully.

“So far we have only seen a limited impact on our business. With the recent drop in the oil price we have seen a significant increase in the demand for VLCC-tankers. We expect the shipping segments to normalize once the coronavirus is contained. There will be a significant backlog of cargoes that will need to be transported, which will impact favorably on the shipping sector,” he concluded.

Two scrubber-fitted VLCCs from the series are scheduled for delivery in the fourth quarter of 2020 and one in 2021.

Over the past year, OSC has been busy on the fleet-financing front, having secured a USD 80 million Shariah-compliant ‘Ijara’ loan with Abu Dhabi Islamic Bank (ADIB) and a USD 110 million ship financing deal with banking and financial services company Standard Chartered.

The funds were assigned for the financing of the company’s previous ship investments as well as supporting the company’s other expansion plans.

OSC is a closed joint-stock company, majority-owned by the Governorate of the Sultanate of Oman through Asyad Group.

The company started out as an LNG shipper, before expanding into the tanker, bulker, multipurpose and container shipping sectors. 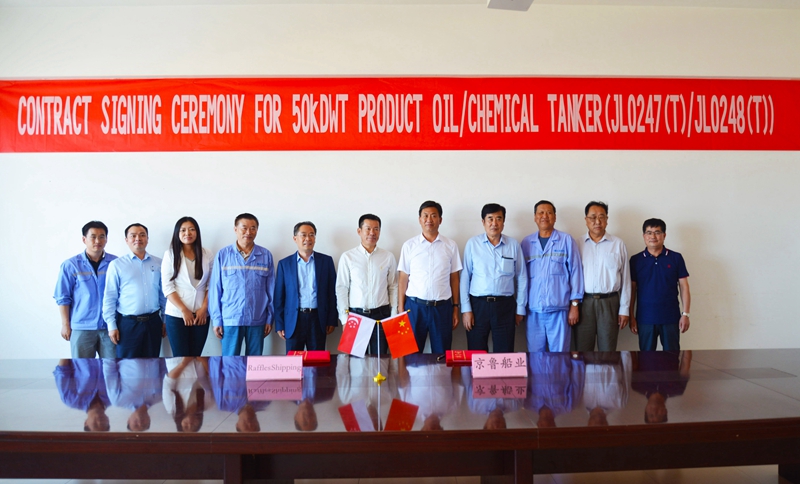