US-based wave energy developer Oscilla Power has decided to extend its crowdfunding campaign on MicroVentures to accommodate the rising interest from the investors.

After reaching the crowdfunding target of almost $140,000 in its second campaign, conducted to raise funds to complete the construction of the company’s first commercial-scale product Triton-C, Oscilla Power is now pressing ahead towards the maximum target amount of just over $1 million.

Oscilla Power closed its first crowdfunding round with MicroVentures in November 2020, collecting close to $400,000 from the investors.

Late in December 2020, Oscilla Power decided to open another crowdfunding round to support the construction of Triton-C, which is set for deployment in Hawaii in the first quarter of 2021.

Oscilla Power opens another crowdfunding round

“We’re excited to announce that with our last raise, Oscilla power has raised a total of $535K on MicroVentures. We raised the second round so quickly that we had to stop our second campaign for a financial audit.

“We’ve raised enough to complete the construction of the Triton, but due to the significant interest in our campaign, we’ve decided to push forward and shoot for our target of $1.07 million”, Oscilla Power said on social media.

The upcoming 100kW Triton-C community-scale deployment at the Kaneohe Marine Corps in Hawaii is Oscilla Power’s largest project to date.

All detailed engineering has been completed, and the wave energy converter float and drivetrain are currently in the construction phase, Oscilla Power said.

In addition, Oscilla Power revealed it received provisional approval for an additional $2.4 million in non-dilutive funding from the U.S. Department of Energy.

Looking ahead, Oscilla Power hopes that this deployment will serve as a proof-of-concept product for other small communities along the U.S. Pacific Coast, Alaska, Hawaii, and remote islands. 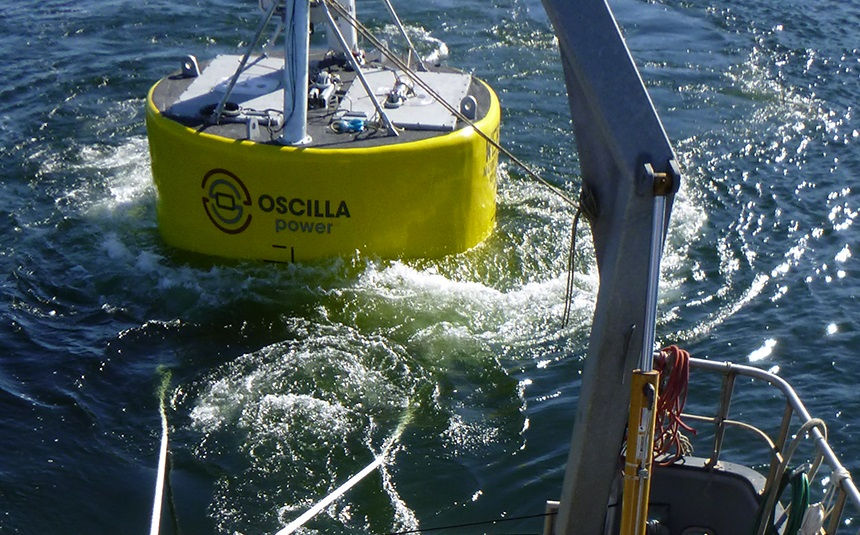