Owners, managers and insurers of the Royal Arsenal, a Handymax bulker which was involved in the deadly collision with a vessel owned/operated by the General Company for Ports of Iraq (GCPI) in August 2017, have voiced their frustration over the vessel’s continued detention at Umm Qasr in Iraq.

The Handymax was underway to new owners in China with the compulsory Iraqi pilot on board supervising the navigation, when it collided with the dive support craft Al Misbar, which was being used to ferry port employees from an offshore oil terminal. The Al Misbar overturned and many of the 23 passengers and 8 crew were trapped in the hull. At the time of the incident, the dive support vessel was being navigated by the boat master’s assistant who was standing in because the master was on leave.

Despite the rescue efforts of the GCPI salvage teams, 21 personnel died.

The collision occurred in the narrow ship channel between Iraq and Kuwait, an area known locally as the “Devils Channel”.

After the collision, the Royal Arsenal returned to Umm Qasr port for a judicial investigation. According to a GCPI report, the bulker was 75 pct liable for the incident, however, the owners claim that the navigation and other regulatory breaches were on the account of the Al Misbar.

Iraq’s Transport Minister, Kazem Finjan, has directed that compensation be paid to the victims’ families, which in addition to a cash payment from the GCPI includes land for a new home and employment at the GCPI for a family member. Accrued retirement benefits will also be paid.

As informed, the families have made large claims for additional compensation from the Royal Arsenal, whilst the GCPI is yet to quantify any of their alleged claims.

“Since the incident, no quantified claims have been filed at court or requests for security presented and the vessel has been forced to remain at Umm Qasr,” the statement adds.

“GCPI appears to be compounded due to the report that the reinsurers of the Al Misbar have raised issues in relation to how the vessel was operated/managed as the vessel was not a designated transportation vessel.”

The owners and West of England P&I Club have voiced their intention to settle all the claims arising from the incident, nevertheless, discussions to date have not been successful since the demands of the claimants have far exceeded the value of the Royal Arsenal.

The master of the vessel Royal Arsenal was detained pending further investigation and released on bail after three days.  The entire crew of the vessel, counting 22 mariners, is said to be stuck in Iraq since.

The owners said that little substantive progress has been made before the local courts and in appeals to the Court of Cassation in Baghdad. As a result, the owners are launching proceedings before International Tribunal for the Law of the Sea (ITLOS) in Hamburg based on breaches of the United Nations Convention on the Law of the Sea by the Iraqi authorities.

“It is deeply regrettable that a functioning maritime state such as Iraq who wishes to be regarded as such by the international maritime community is so dysfunctional and unable to address such claims properly and in accordance with international practice and the UN Conventions. We felt that other operators should be made aware of the problems and losses we have incurred because we traded the vessel to an Iraqi Port,” Roy Khoury, Managing Director of the Blue Fleet Group, the vessel’s manager, said.

“Our crew and representatives have not been able to leave Iraq, even for a crew change, and faced threats of violence. Moreover, the vessel has been placed at anchor in a narrow tidal channel in close proximity to passing ships and the GCPI are oblivious to the dangers this creates.”

“This is in clear violation of Iraq’s obligations under UN treaties. Despite the Transport Minister declaring last August that he was going to be personally involved, so far his involvement has been ineffective and no one at the GCPI is prepared to make a decision. As a result, we are unable to either post security or resolve the claims to the benefit of the claimants, and allow the vessel and her crew to depart Iraq.” 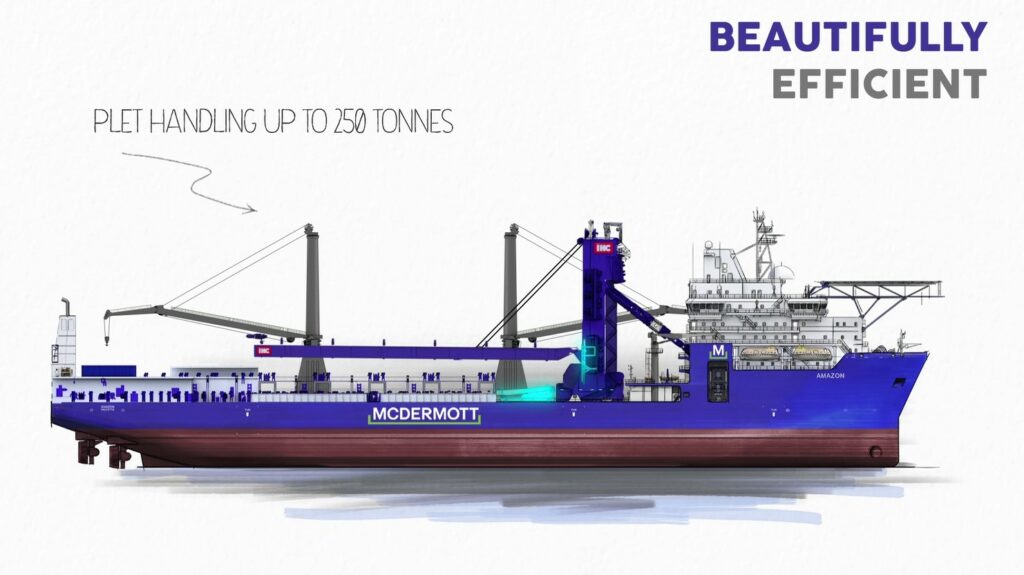