Hong Kong-based dry bulk shipping company Pacific Basin Shipping is reaping the fruits of the recovery of market fundamentals in the dry bulk sector which pushed up time charter equivalent (TCE) earnings in the first quarter of 2017.

This has been a result of improved market condition after seasonal dip around the Chinese New Year, especially in the Pacific which started the year weaker than the Atlantic. By the end of the quarter, Pacific rates were at their highest in over two years.

The company said that its Handysize and Supramax capacity has increased year on year due to Pacific Basin’s larger fleet of owned ships complemented by ships on shorter-term charters.

During the quarter, Pacific Basin took delivery of six new vessels, with one remaining newbuilding scheduled to join the company’s fleet in the second quarter. The delivery in May will increase the company’s owned fleet to 100 ships.

Pacific Basin pointed out it “will continue to look for opportunities to purchase quality vessels and to assess attractive fleet renewal opportunities.”

“While we believe the worst of the current dry bulk market cycle is behind us, the market improvement year on year was from a very low base and both supply and demand factors remain uncertain.”

“The orderbook is shrinking, but the global fleet is still growing and lingering oversupply, the risk of new ordering and the potential for increased ship operating speeds remain negative factors. More patience, scrapping and lack of ordering are required for a more fundamental market balance to be sustained.” 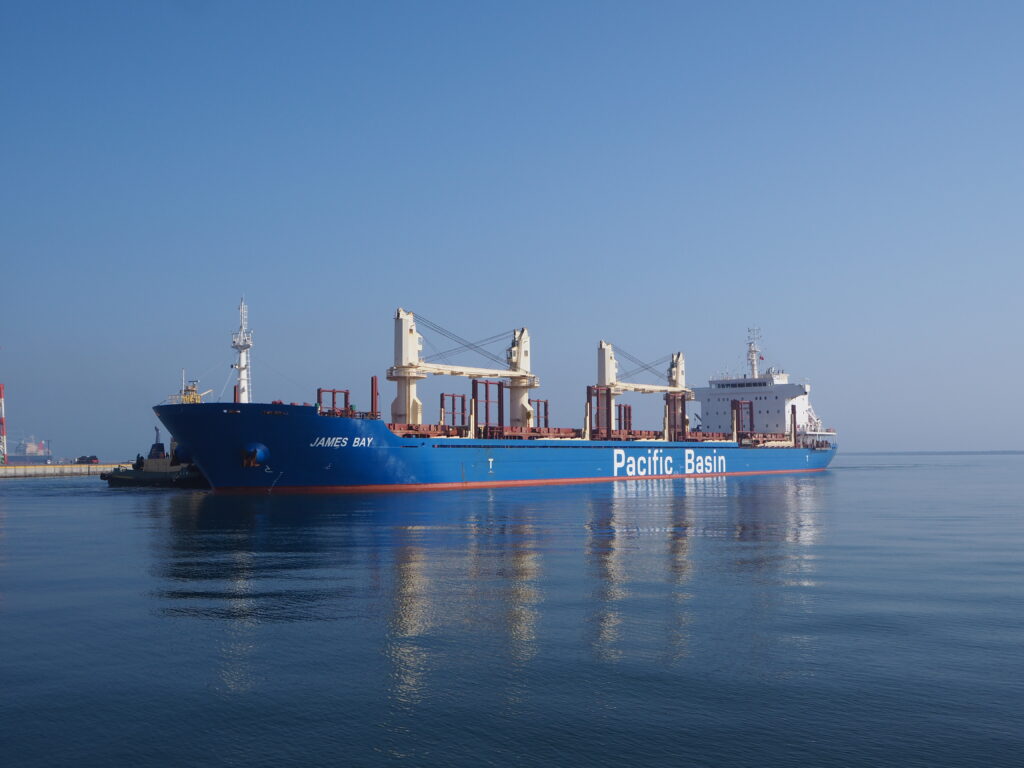