The developers of the PacWave South wave energy test center have completed the horizontal directional drilling (HDD) phase of construction works at a project site located in Oregon.

Over 0.5 million kilograms of steel and close to 30,000 kilograms of high-density polyethylene (HDPE) conduit were installed to accommodate the PacWave South cables, according to Oregon State University (OSU), which is developing the site in partnership with the U.S. Department of Energy.

The HDD and conduit installation operations were a major design, engineering and construction undertaking, according to developers, which completed four of the PacWave South’s offshore HDD bores – each over 1.5 kilometers long.

The bores ran up to around 36 meters below the seafloor, with a total of 10 kilometers of cable conduits installed below ground.

In mid-2023, subsea cables will be installed in the conduits to carry power and data from the test site to shore, OSU said earlier, after which the site will become operational.

With drilling complete, the focus has shifted to the civil construction at Driftwood. The first order of business is the installation of the underground vault, which will be the spot where the subsea cables transition to terrestrial cables. The vault itself will soon be poured in place, with pre-cast lids.

The approximately $80 million facility will offer wave energy developers the opportunity to test different technologies for harnessing the power of ocean waves and transmitting that energy to the local electrical grid.

The companies and organizations that will make up the first round of open-water testing at the PacWave South site have already been selected by the U.S. Department of Energy. 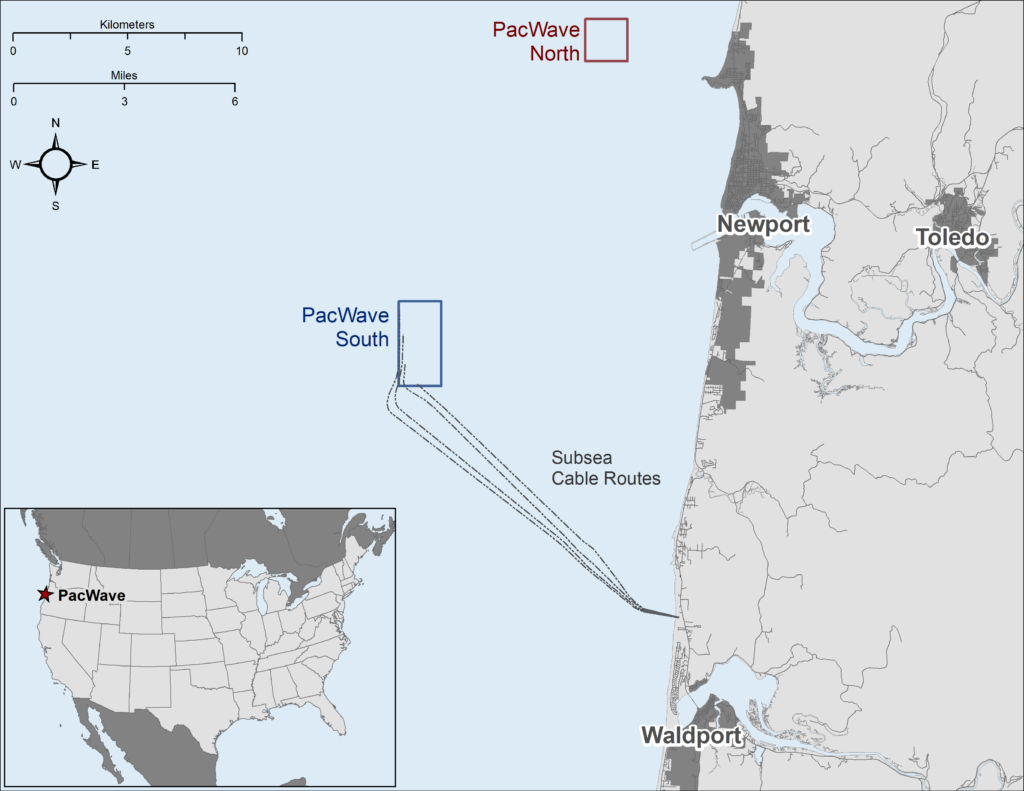