The FSRU is currently being pushed by tugs to dock it safely at the LNG jetty in the Port Qasim, where Pakistan’s first LNG import facilities are located.

“The vessel will berth in the next hour and discharge the LNG in the early evening,” Sheikh Imran-ul-Haque, Chief Executive Officer of Engro Elengy, told LNG World News in an e-mailed statement.

Exquisite loaded a cargo of the chilled gas this week at Qatar’s Ras Laffan port, and departed to Pakistan on April 21, shipping data says.

Engro Elengy is operating Pakistan’s first LNG import terminal with a capacity for regasification of up to 4.5 million tons of LNG per annum.

Pakistan, which heavily relies on imports of conventional fuels to fire its power stations, received first gas from the LNG facility at the end of March.

Using gas as fuel results in lower cost of generation and is “much more environmentally friendly when compared to heavy oil or coal,” Haque said in an interview in March.

Pakistan’s first LNG cargo was sold by world’s largest producer Qatargas on a free-on-board basis. This was the first LNG agreement between Qatar and Pakistan, and the first ever LNG import deal for any entity in Pakistan. 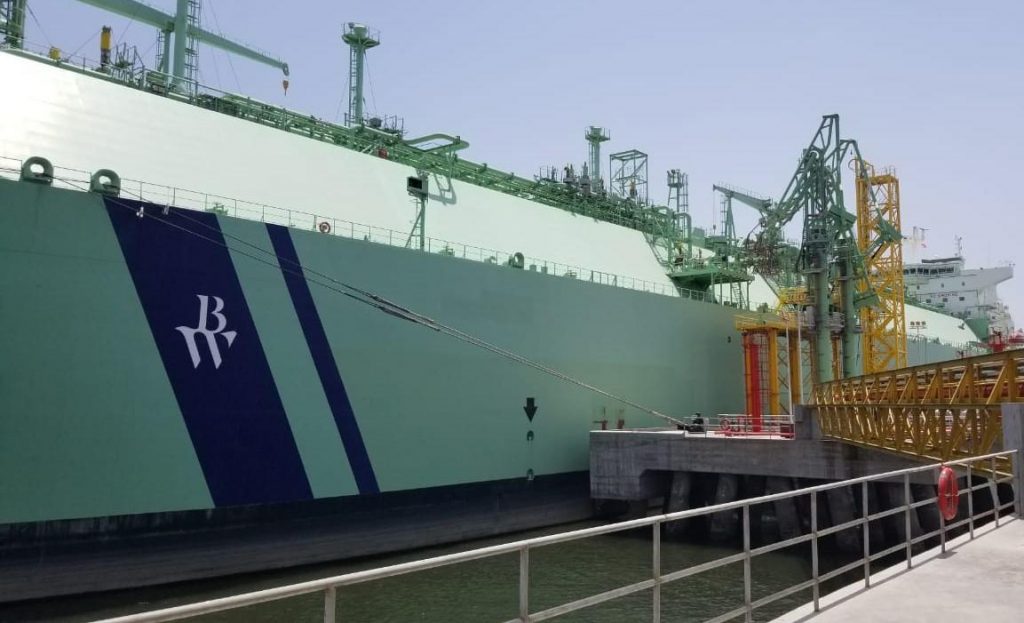