Pelamis Wave Power is undertaking a Knowledge Transfer Partnership (KTP) project in collaboration with the Concrete Technology Unit (CTU) at the University of Dundee.

The KTP project will investigate the design, construction and manufacturing processes associated with the use of concrete as a primary construction material for Pelamis machines.

The tube structures of existing Pelamis wave energy converters are currently constructed from steel, which has proven a very effective versatile material for the early stages of Pelamis technology development. Steel accounts for almost half of the 1350 tonne weight, the rest of the weight mostly comprises of sand ballast which is required to keep each Pelamis at the optimal level of submergence.

Using concrete as an alternative primary structural material, in conjunction with steel fabrications, could significantly reduce the cost of energy for future Pelamis wave farms. As a lower cost raw material, the costs of producing segments of the Pelamis tube structure from concrete could be significantly cheaper.

In addition, the use of concrete has benefits for the design of the non-circular tube shapes which are currently being considered by Pelamis for future machine design. Non-circular tubes would have advantages for both stability and power capture. The modular design of the Pelamis system already lends itself to a production line approach to assembly, and mass production of non-circular concrete sections is already widely utilised in bridge and pipeline production. The development of this technology to be utilised in tube production should yield further advances in cost reduction and manufacturability.

This focus on driving down the costs of wave power is vital for Pelamis technology to reach commercial viability and satisfy the existing demand for commercial-scale wave farms which are already under development. 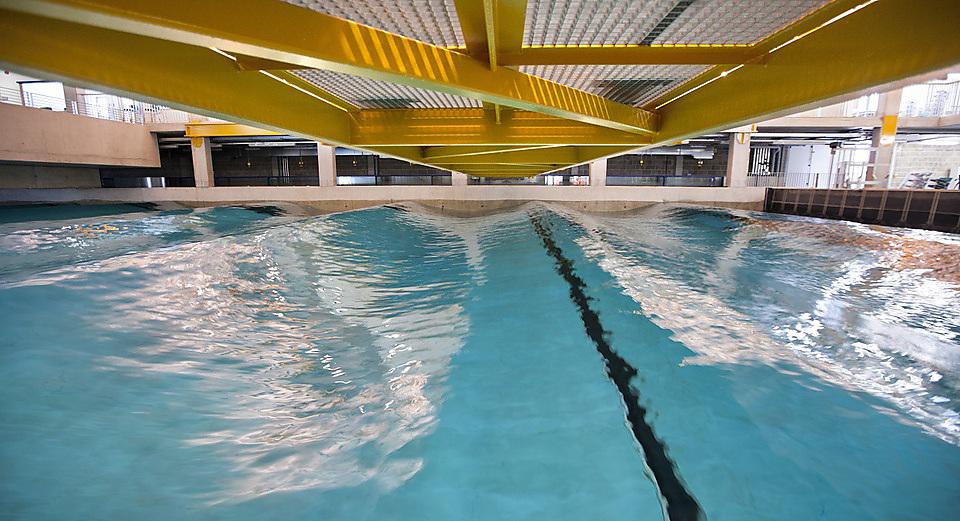