The magnitude of the Libra area was the main highlight of Wednesday, May 7 at Brattec Offshore 2014, an event organized by the Brazil-Texas Chamber of Commerce.

In her presentation, Lara explained to the public that Libra covers a total area of around 1,500 square kilometers, almost the same size as the entire metropolitan region of Houston. The reservoir has similar characteristics to the other pre-salt fields already discovered. The difference is the reservoir’s even greater thickness: the first well drilled in the area detected a 327-meter oil column.

To facilitate understanding of the magnitude of the Libra reservoir, Lara used the world’s tallest building as an example. “The world’s tallest skyscraper, the Burj Khalifa in Dubai, is 800 meters tall. We estimate that the reservoir’s thickness in the field’s central area may be greater than this building’s height. This figure is even more amazing if you consider that this reservoir is located below up to 2,500 meters of salt and water. Thus, the reservoir’s potential makes up for all the efforts and technology that we will need to produce from it,” she said.

According to Lara, Petrobras’ initial plan is to have 12 production systems in Libra, each one capable of producing 150,000 barrels of oil per day. The field’s declaration of commerciality is expected in December 2017. Until then, the consortium needs to complete the Minimum Exploration Program, which includes drilling two wells, conducting a 3D seismic survey of the block’s entire area and carrying out an extended well test. It is expected that this Program will begin in the second half of the year, in July. “The first extended well test is planned to start in December 2016. The pilot system is scheduled to start producing in 2020. This pilot will be based on other typical pre-salt systems already on line. This will enable us to test different recovery strategies, considering the characteristics of the Libra reservoir,” she explained.

Lara also talked about the quality of the consortium composed of Petrobras (40%), Shell (20%), Total (20%), CNOOC (10%) and CPC (10%), which won the bid for Libra. She said that the companies’ diversity, in terms of both type and geography, created a great opportunity to build a strong partnership involving the best talents, sharing knowledge, experience and funding costs. “This collaborative environment may be very conducive to new ideas, for the benefit of the Libra project,” she said.

In the second presentation of the day, Paulo Alonso explained that the local content policy, launched in 2003, has now reached a challenging phase for Brazil, requiring at least 37% of goods and services to be domestically sourced in exploration and between 55% and 59% in production, in the case of Libra. The local content rules, established by the National Oil, Gas and Biofuels Agency (ANP), also require the goods and services used in shipbuilding to be largely made in Brazil rather than imported.

“We want to stimulate local content, but on a sustainable and competitive basis, generating continued innovation. Petrobras is known across the world as a company that works in deep waters. In other words, we need continuous innovation because it’s only through innovation that our industry will be competitive and world-class compared with other competitors around the world,” he said.

Alonso showed the equipment needed to build a typical floating production, storage and offloading unit (FPSO) for Libra. “We need to work together with Brazilian and foreign universities in order to provide the necessary solutions and to work in partnership with foreign companies. That’s why I’m here in the United States, to show Libra’s demands in order to attract companies from the US and other countries to go to Brazil and establish themselves there in association with Brazilian companies or with their own brand,” said Alonso. 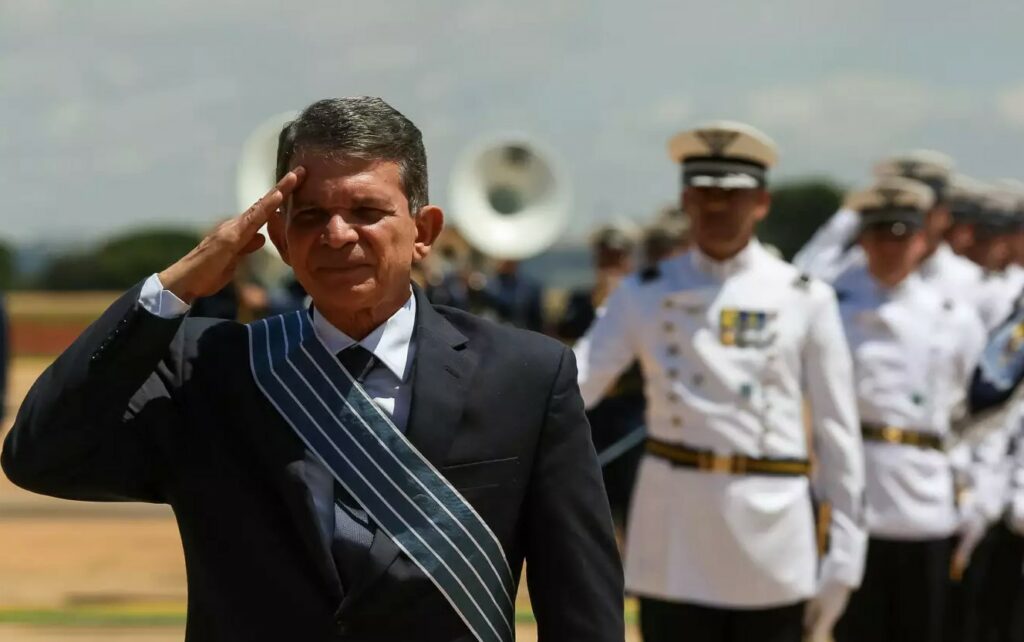