Oilfield services provider Petrofac has been awarded a floating production, storage and offtake (FPSO) decommissioning deal by the Australian government. Petrofac described the deal as a “major contract, heralding the start of an era of decommissioning in the nation’s offshore oil and gas sector.”

Petrofac informed on Friday that its Australia team based in Perth, WA, has been contracted to complete Phase 1 of the decommissioning of the FPSO Northern Endeavour. The potential value of this contract is AUD$325 million or $236 million.

According to the oilfield services player, the contract was awarded by the Federal Department of Industry, Science, Energy and Resources after a stringent selection and due diligence process by the Government of Australia.

As per the terms of the contract, Petrofac will act as an outsourced operator responsible for decommissioning and disconnecting the FPSO from its subsea equipment, and temporarily suspending the wells. Based on the firm’s statement, the disconnection of the FPSO is expected to be carried out over approximately 18 months. The oilfied services player will provide its integrated services and work with both local and global suppliers.

Josie Philips, Petrofac’s Regional Director, Australia, commented: “A critical element will be upskilling the local workforce to meet the challenges of billions of dollars of decommissioning work in Australia now and in the future. It is Petrofac’s aim to be a local company, growing local jobs, local skills and the local supply chain. I’m delighted that we have Monadelphous and Linch-pin already on board.”

Petrofac will work with its supply chain partners – including Monadelphous and Linch-pin – to enable the safe and cost-effective removal of the FPSO from the field in accordance with good industry practice. To ensure strict safety and environmental protections are in place, all activities will be done in close consultation with the National Offshore Petroleum Safety and Environmental Management Authority (NOPSEMA).

The 274-metre long FPSO Northern Endeavour is moored between the Laminaria and Corallina oil fields about 550 kilometres northwest of Darwin in the Timor Sea. Currently, the FPSO is not producing oil. Petrofac will begin a managed transition of operational control from the existing operator, Upstream Production Solutions.

To remind, the Australian Government Department of Industry, Science, Energy and Resources awarded a deal to Upstream PS back in May 2020 to provide operations and maintenance services for this FPSO. A few weeks later, Upstream PS awarded a support contract to MMA Offshore for the provision of offshore logistics services as well as other marine services for the FPSO.

According to the Department of Industry, Science, Energy and Resources, the decommissioning and remediation will likely take several years and involve three phases. Phase 1 entails decommissioning and disconnecting the FPSO Northern Endeavour from the subsea equipment; Phase 2 covers the permanent plugging and well abandonment; while Phase 3 requires removing subsea infrastructure and remediation of the Laminaria and Corallina fields.

When it comes to Petrofac’s recent activities elsewhere, it is worth noting that the firm was awarded a two-year contract extension with Spirit Energy in late March 2022.

During the same month, the oilfield services provider was also allowed again to take part in new tenders from UAE’s oil and gas giant ADNOC following a one-year suspension due to bribery issues related to historic contract awards in the UAE in 2013 and 2014. 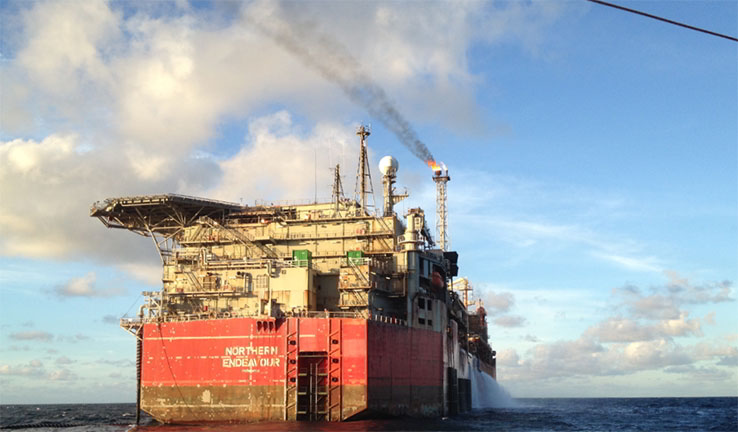