EBIT margin for the Company ended at 30%, which is higher than in the previous quarter and in Q3 2012. The improved profitability is driven by PGS’ solid business model, combined with price optimization for contract work, cost control and strong operational performance. The new Ramform Titan had its first full quarter of operation in Q3 2013 and performance has been excellent. Ramform Atlas is scheduled for delivery by end Q4 2013 and vessel #3 and #4 in the new Ramform Titan-class are scheduled for delivery in first and second half 2015. The new build program will increase streamer capacity by more than 50% from the start of this year to end 2015.

“I am pleased to report a robust EBIT margin for the Company of 30% in Q3, driven by our focus on price optimization of high value contracts, solid performance and allocation of more fleet capacity to our portfolio of attractive MultiClient projects. We are almost fully booked for Q4 this year. 2014 is firming up and we have booked 70% of Q1, 50% of Q2 and 30% of Q3. Average pricing for the 2014 contract work booked so far is slightly higher than average 2013 pricing. We expect the current contract pricing weakness post the North Sea season to primarily impact Q4 and Q1.

We have decided to re-enter the Gulf of Mexico with a Full Azimuth GeoStreamer survey adding another dimension to data quality in the region. The survey commences in the fourth quarter and acquisition will be completed early summer 2014.

With the increased earnings potential brought by our new build program and our technology differentiation we are well positioned to further improve return on capital employed and dividend capacity.

From our clients we have experienced increased focus on preserving their dividend capacity, which has impacted on their seismic spending. Customer caution on spending lessens the likelihood of seeing the normal seasonal Q4 increase for MultiClient sales.” said Jon Erik Reinhardsen, President and Chief Executive Officer.

In Q3 2013 PGS entered into an agreement to invest in Seafloor Geophysical Solutions (“SGS”). The agreement enables PGS to market and offer SGS node services exclusively as a complementary product to existing seismic solutions offshore Brazil, as well as joint marketing of node services to clients in the rest of the world.

Contract revenues decreased by $8.1 million, or 5%, in Q3 2013, compared to Q3 2012. The decrease is driven by less capacity allocated to contract work, partially offset by higher prices in a stronger marine seismic contract market and improved profitability of the Company’s services, which are increasingly GeoStreamer focused. The EBIT margin for marine contract acquisition work was 36% in Q3 2013, up from 29% in Q2 2013 and 28% in Q3 2012. The marine contract EBIT margin will fluctuate from quarter to quarter due to vessel scheduling, vessel transits, and project specific variances.

PGS expects the full year 2013 pre-funding level to be 95-100% of capitalized cash investment. This is lower than the initial plan for the year but still at a high, and industry leading, level and well inside the long-term targeted level of 80-120%. This is partly driven by the Company’s decisions to mobilize for the Full Azimuth GeoStreamer survey in the Gulf of Mexico. The Company experiences increased customer focus on preserving their dividend capacity, which has impacted on their seismic spending and appetite for early commitments to MultiClient projects. The lower pre-funding primarily relates to timing of expected cash flows and has not caused significant changes to the investment cases for the portfolio of MultiClient projects for 2013. The Company still sees further growth in MultiClient activities as a very attractive business opportunity.

MultiClient late sales decreased by $2.7 million in Q3 2013 compared to Q3 2012, primarily due to lower sales in Brazil and Middle East.

In Q3 2013 the Company recorded its highest ever external processing revenues of $34.3 million, an increase of $1.2 million from Q3 2012. The revenue increase is driven by growth in high-end GeoStreamer and depth processing, led by the core North Sea market and supported by strong markets around the world. All processing of the Company’s MultiClient surveys is done in-house and the resource base and technical competency has grown to expand the external business and meet growing needs for internal processing.

Net operating expenses (before depreciation, amortization and impairments) in Q3 2013 were $16.6 million lower than in Q3 2012, reflecting cost increases from Ramform Titan entering the fleet beginning of July and less steaming (which resulted in less costs deferral), while more costs are capitalized to the MultiClient library due more vessel capacity allocated to this business area.

The order book totaled $579 million at September 30, 2013, (including $89 million of committed pre-funding on scheduled MultiClient projects), compared to $608 million at September 30, 2012 and $446 million at June 30, 2013. The Company has experienced some price pressure in the marine contract market post the North Sea season causing pricing of work in Q4 2013 and Q1 2014 to be lower than the preceding three quarters of 2013. 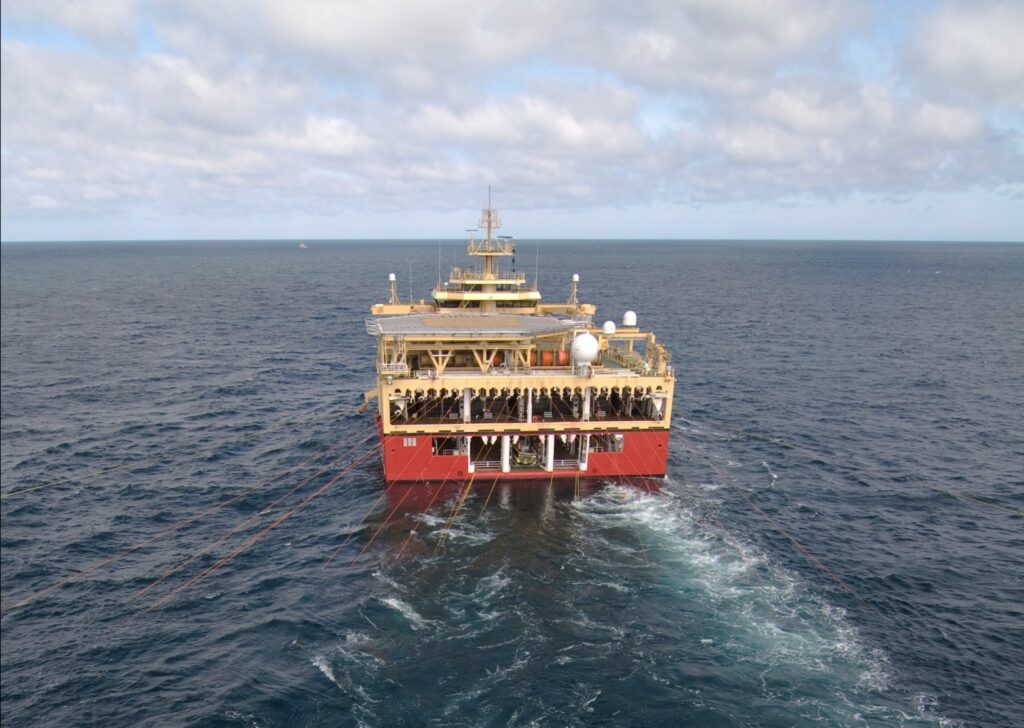