PGS has recently completed the fifth consecutive acquisition season offshore Newfoundland and Labrador as part of the ongoing joint venture (JV) with TGS.

With PGS operating four vessels, two 3D and two 2D, the season marked the start of the first MultiClient 3D programs to be acquired by the JV.

The Ramform Valiant acquired 4 339 square kilometers over exploration block EL-1135 in the Flemish Pass basin. The survey was acquired with a towing spread of 10 x 8 100 meter streamer lengths with 100 meter streamer separation. The data is currently being processed by PGS in their Houston office with completion planned in Q2 2016.

Further north in the Orphan Basin the Ramform Viking acquired 4 555 square kilometers of 3D seismic with a very similar towing configuration over a high graded area in Sector NL02-EN, which will be the subject of the Call for Bids in November 2016.

This survey was supported by Nalcor Energy. Pre-processing of the initial GeoStreamer signal was carried out by PGS onboard the vessel following which TGS will perform data processing in their Houston office. A fast track pre stack time migrated volume will be available for license before the end of the year with final processing scheduled to be completed in Q2 2016, the company informed.

In addition to the 3D MultiClient programs, the Atlantic Explorer and Sanco Spirit continued to build on the JV’s existing MultiClient 2D library offshore Newfoundland and Labrador by acquiring more than 27 000 line kilometers of 2D GeoStreamer data in the Labrador Sea, Orphan Basin and Southern Grand Banks. The MultiClient 2D library in the area now consists of more than 110 000 line kilometers of GeoStreamer data, PGS added. 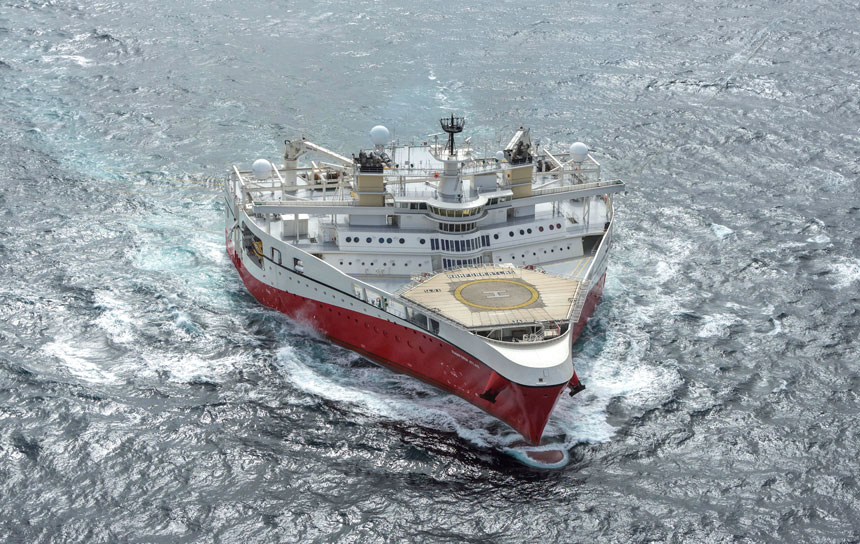