Heerema Fabrication Group’s yard in Zwijndrecht, The Nederlands has held the load-out of the jacket for the Oseberg Vestflanken 2 project.

Statoil awarded Heerema the contract for engineering, procurement and construction (EPC) of the unmanned wellhead platform at Oseberg Vestflanken 2 in February 2016.

In addition, Heerema Marine Construction is responsible for transport and installation of the platform. The combined contract value is approximately NOK 800 million, according to Statoil.

Fabrication of the platform started in June last year. According to Heerema, the sail away is scheduled for summer 2017, followed by installation with HMC’s semi-submersible crane vessel.

The Oseberg Vestflanken 2 platform will be installed in the Norwegian part of the North Sea at a water depth up to 110 meters and approximately 8 kilometers northwest of the Oseberg Field Centre. The topside will measure 25 x 23 meters, has a height of 20 meters and will weigh 900 tonnes. The jacket will have a height of 138 meters with a foot print of 36 x 36 meters and a weight of approximately 4,400 tonnes. Special to the jacket are suction buckets instead of piles.

The Oseberg Vestflanken Development will consist of an unmanned wellhead platform with 10 well slots. Two existing subsea wells will also be reused. The wells will be remote-controlled from the Field Centre. The field development will provide 110 million barrels of oil equivalent. Production start is scheduled for the second quarter of 2018. 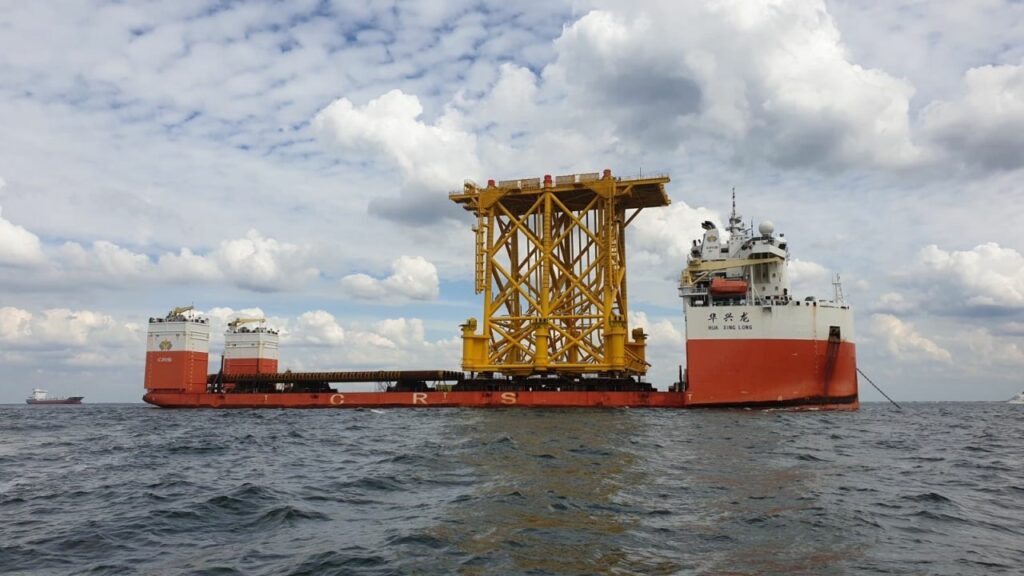