SBM Offshore has posted an image on its social media channels on Wednesday showing the diving support and construction vessel  SBM Installer during a stop-over in Monaco.

The company said that following the stop-over in Monaco, the vessel would proceed to work on a project in the east-Mediterranean.

SBM told Offshore Energy Today in an email that the company’s regional centre in Monaco was the largest of five SBM has worldwide. The company also said that Monaco was home to the Offshore Contracting team which is responsible for operations of the SBM Installer.

The company finished off by saying that this rare visit to the port was an opportunity for members of the team, who otherwise may not have an opportunity, to go onboard the vessel.

The SBM Installer, built in 2013 by Keppel Singmarine, was acquired by Ocean Yield in 2014. The vessel was later chartered back to SBM Holding for a fixed period of 12 years on a “hell and high water” bareboat contract.

Also, Ocean Yield established a single purpose company for the ownership of the vessel, in which SBM owns 25 percent.

The SBM Installer was designed by Marin Teknikk, Norway, and has a 12-man diving system and two ROV systems. The vessel is 112 meters long and 25 meters wide and can accommodate 100 people. 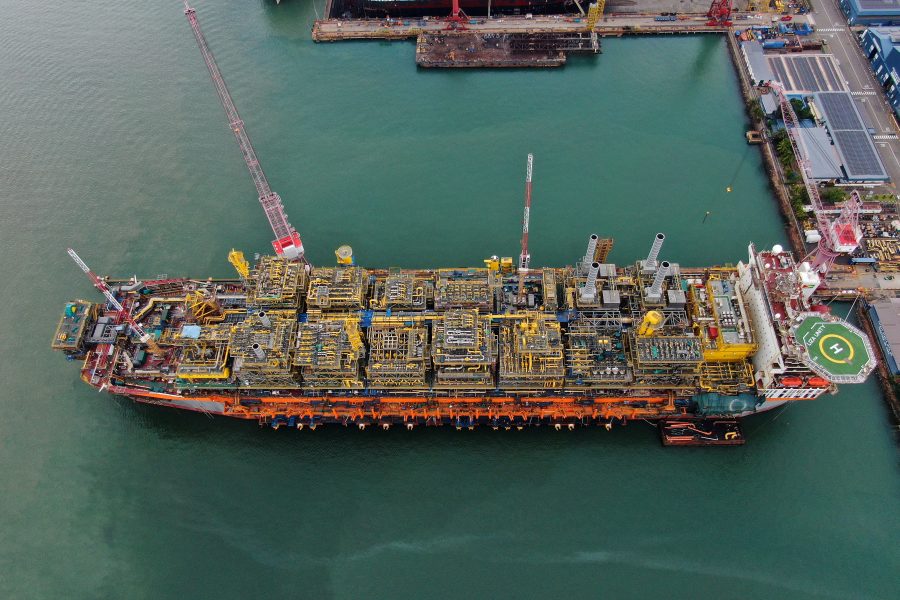