Norwegian company Ulstein is this year celebrating ten years of their ULSTEIN X-BOW® hull line design, which ,the company says, upon its introduction ten years ago literally turned the image of the ship’s bow upside down.

This year the hundredth X-BOW shipbuilding contract was signed. The X-BOW’s derivative, the X-STERN – a similar solution for the ship’s stern – has been contracted on its first two vessels.

“The X-BOW was developed during 2003-2004 – one of the latest tough periods for the offshore industry – and revealed in 2005 together with the contract for the first vessel, an anchor handling tug supply vessel for Bourbon Offshore Norway,” says Ulstein Group CEO Gunvor Ulstein.

“The ship owner, having seen an early sketch, challenged us to present some realistic ideas for a vessel with a backward-sloping bow.

“This instigated a dedicated effort from design experts in ULSTEIN and some other players’. Bourbon Offshore Norway was convinced by the bow design that came about from this exchange of ideas, because the bow would eliminate slamming, keep up speed in a head sea and protect the fore-deck area from green sea and spray, while simultaneously improving comfort and rest for crews in transit,” she says.

“Innovation is a key strategy in Ulstein Group,” comments Deputy CEO Tore Ulstein, who is responsible for market and innovation in ULSTEIN.

“Thinking outside the box and challenging accepted thinking is what drives our development. A challenge we all face is facilitating step change, often called disruptive innovation. Time is often a bottleneck when it comes to focusing on innovative work in good times. In one way, tough times are good for business, as it allows room for creativity. The maritime industry is cyclical, and parts of the industry are now suffering a major downturn. This is a great opportunity, and ULSTEIN is committed to working so as to be able to offer new ideas, solutions and products in the time to come.”

Below is an interesting movie produced by Ulstein to mark the anniversary: 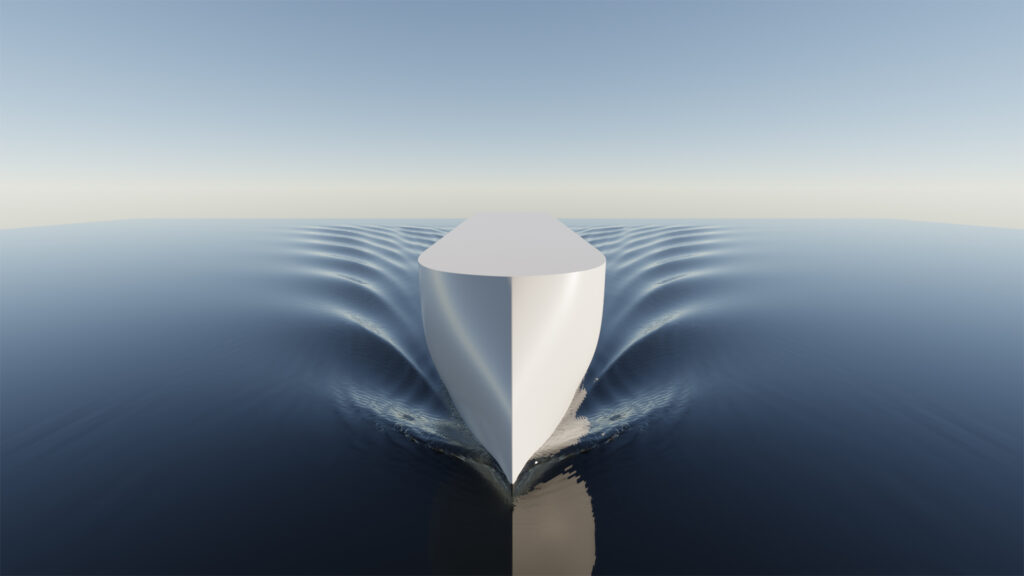