‘Pieter Schelte’ to be completed in Rotterdam

Pieter Schelte, the biggest vessel of its kind in the world, is to be completed in the port of Rotterdam.

Owner and designer Allseas and the Port of Rotterdam Authority have signed an agreement to this effect. The plan is for ‘Pieter Schelte’ to arrive in Rotterdam at the end of 2014.
‘Pieter Schelte’ is 382 metres long and 124 metres wide. The length, in combination with the massive width, makes this vessel unique.
‘Pieter Schelte’ is intended for installing and removing topsides and jackets of large offshore oil and gas platforms in a single lift. At the bow of the vessel is a slot, where topsides are lifted. The vessel is also equipped for laying large pipelines and, with her capacity, will be the largest pipelay vessel as well. The vessel can lift topsides of offshore platforms weighing up to 48,000 tonnes and jackets up to 25,000 tonnes.

Final assembly of ‘Pieter Schelte’, currently being built by Daewoo in South Korea, will take place in the Alexiahaven. The inner lake of Maasvlakte 2 currently provides the necessary space. A special pit will be dredged there for the vessel. In the port of Rotterdam, the 65 metre long beams of the topsides lift system will be installed. The lifting beams are being constructed in Italy and will be transported by ship to the Netherlands.

“The construction of ‘Pieter Schelte’ means a great boost for the maritime industry. We’re proud that Allseas is responsible for this innovation and pleased that the port of Rotterdam can make a contribution. It’s in line with the Port Authority’s endeavour to develop the port further as a centre of the global maritime industry”, according to Allard Castelein, Chief Executive of the Port Authority.

Allseas is a world leader in offshore pipeline installation and subsea construction. The company employs over 2,500 people worldwide and has installed over 18,000 kilometres of subsea pipelines.

Once completed, the giant vessel will sail to the UK North Sea where it has been awarded a contract by Shell to remove the topsides and jacket for the Brent field platforms. The contract also includes the removal of Brent Alpha’s steel jacket.

Removals will begin with Brent Delta in 2015/16, and the remaining topsides over the ensuing eight years with dates to be confirmed. 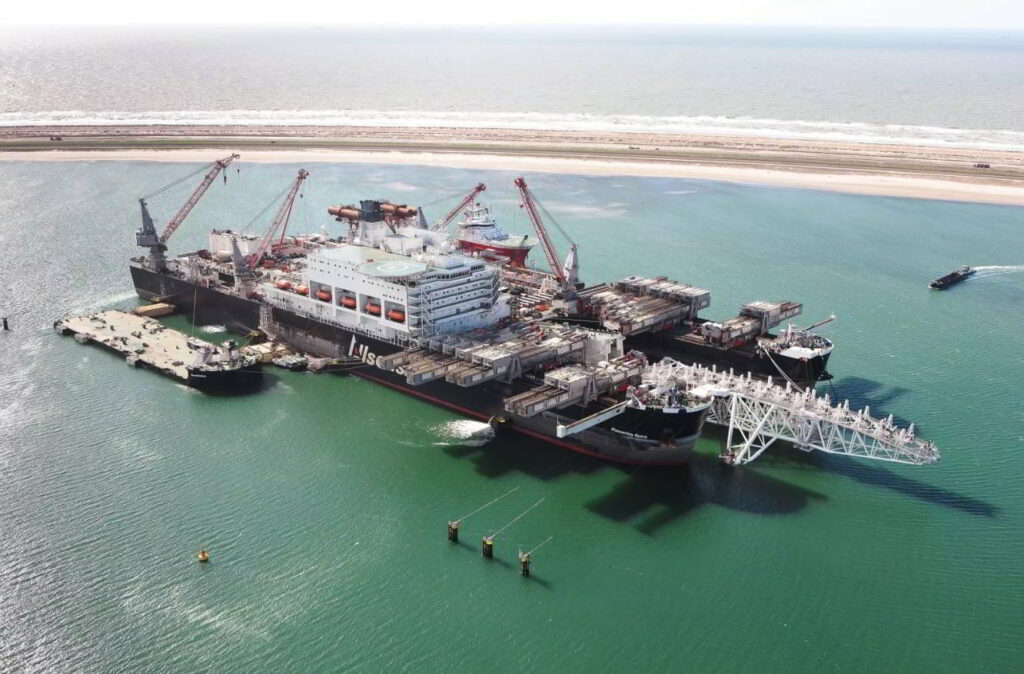