Pirate Attack against Bulk Carrier Foiled in Gulf of Aden

The Liberian-flagged bulk carrier MV Lord Mountbatten was attacked by pirates on Tuesday, May 16 while under way some 230 nautical miles South-West of Salalah, the Gulf of Aden.

Namely, the ship was approached by two suspicious mother vessels along with up to eight skiffs, according to India’s Defence Ministry.

However, the ship sent a distress call that was picked up by the Indian Navy’s patrol vessel INS Sharda, which is deployed on anti-piracy patrol in the Gulf of Aden since April 6, 2017.

As informed by the ministry, the vessel had reported an incident of attempted piracy to Sharda, which was at that time 30 nm east of the reported position and was able to immediately respond to the distress call and proceed to the spot to investigate the incident.

“On arriving in the area by about 1900 hrs, Sharda detected two dhows along with eight skiffs in vicinity, three of which fled the area at high speeds on sighting the warship. Indian Navy’s MARCOS, with support of the armed helicopter from the ship investigated the dhows and their skiffs by conducting board and search operations.

The absence of any fishing gear onboard the two dhows/remaining five skiffs indicated malicious intent and possible piracy-linked intentions,” the ministry added.

What is more, the marine commandos found one high calibre AKM rifle along with one filled magazine (28 rounds) hidden onboard one of the dhows.

“The weapon and ammunition has been confiscated to prevent future illegal misuse,” the ministry further pointed out.

The Handysize bulk carrier, built in 2011, is underway using engine in the Gulf of Aden, according to its latest vessel tracking data, heading for Port Said, with the estimated time of arrival on May 22.

The 28,000 DWT ship is managed by Greek-based British Bulkers and owned by Admiral Shipping LTD, according to the data provided by VesselsValue. 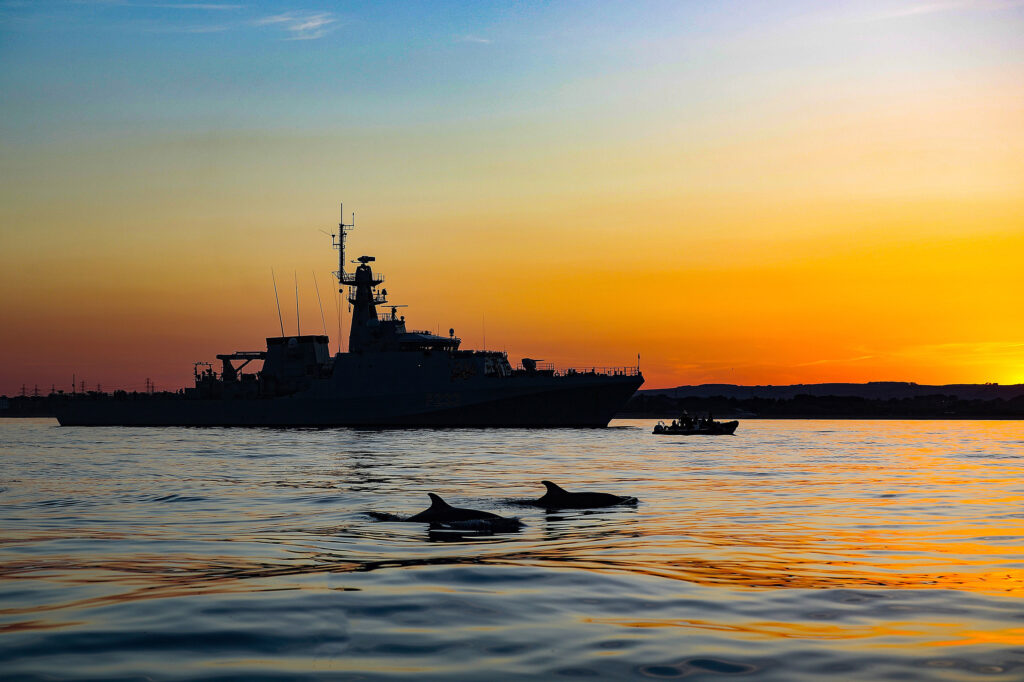