Plexus has launched the POS-GRIP Python Subsea Wellhead at a ceremony attended by Fergus Ewing, the Scottish Minister for Business, Energy and Tourism at Offshore Europe 2015 in Aberdeen.

The Python launch also coincides with the completion of the key performance verification tests for the system. Plexus have previously announced the completion of industry standard API 6A Annex F testing on Python, but can now announce that full system testing was also conducted to replicate real world field conditions. Plexus tested the system at “worst case tolerance stack-up” between the components, proving that the system works with any selection of individual components, the company said.

The Scottish Minister for Business, Energy and Tourism Fergus Ewing said,“This new technology will allow oil and gas companies around the world to increase the safety and reliability of their operations and it is a great testament to the skills and knowledge of Ben Van Bilderbeek and his team that the partners in the Joint Industry Project have developed this new system under the leadership of Plexus.

“At a time when the industry is facing greater challenges, innovations that can improve reliability and safety while helping to reduce costs are very much to be welcomed. As one of the major players in the Scottish oil and gas sector, it is very encouraging to see Plexus continue to innovate and create revolutionary new products that will have an effect on the sector around the world. I wish Plexus every success with the new Python Wellhead System for the future.”

Plexus’ CEO Ben Van Bilderbeek said, “I want to thank the honourable Fergus Ewing, our Scottish Minister for Industry, for taking the time to help us introduce the first proprietary ‘Subsea Wellhead System’ designed and developed in Scotland. Today for me is the culmination of a career that started in Ventura California in 1971, 45 years ago, and now I stand at the cusp of my ambitions, which grew into a passion to deliver the ‘best and safest’ wellhead technology money can buy.

“Our ultimate goal, which now adds subsea wellheads to the ‘best in class’  jack-up drilling system we supply around the world, is really quite simple to articulate. For as long as oil and gas wells have been drilled, wellheads were allowed to be qualified to standard much below the quality expected from the well casing reaching deep into the ground. The weak ‘wellhead’ link, over time became the unavoidable norm, which we at Plexus were never comfortable with. The idea that the last connection in a well, in terms of qualification would be of a lesser standard than other connections in the system, seemed to defy logic!

“Following the Gulf of Mexico offshore incident in April 2010, Plexus was asked by a leading group of operators to focus on the challenges presented by deep-water subsea drilling, high pressure and high temperature environments and most importantly Arctic drilling operations, where delicate environmental conditions demand the best and safest solutions.

“I am therefore pleased to unveil the Python Subsea Wellhead system, which has been the results of almost four years of research, development and engineering.

“I am very proud to be part of the Plexus team, who put their trust in me as much as I have in them, because I can assure you that many have spoken of the folly of challenging convention, against the might of internationally renowned competitors.

“There is much more to come from Plexus in terms of product development, which we can now bring to a very much wider market, and importantly with the help of our new trading partner in Jereh of Yantai, from China.” 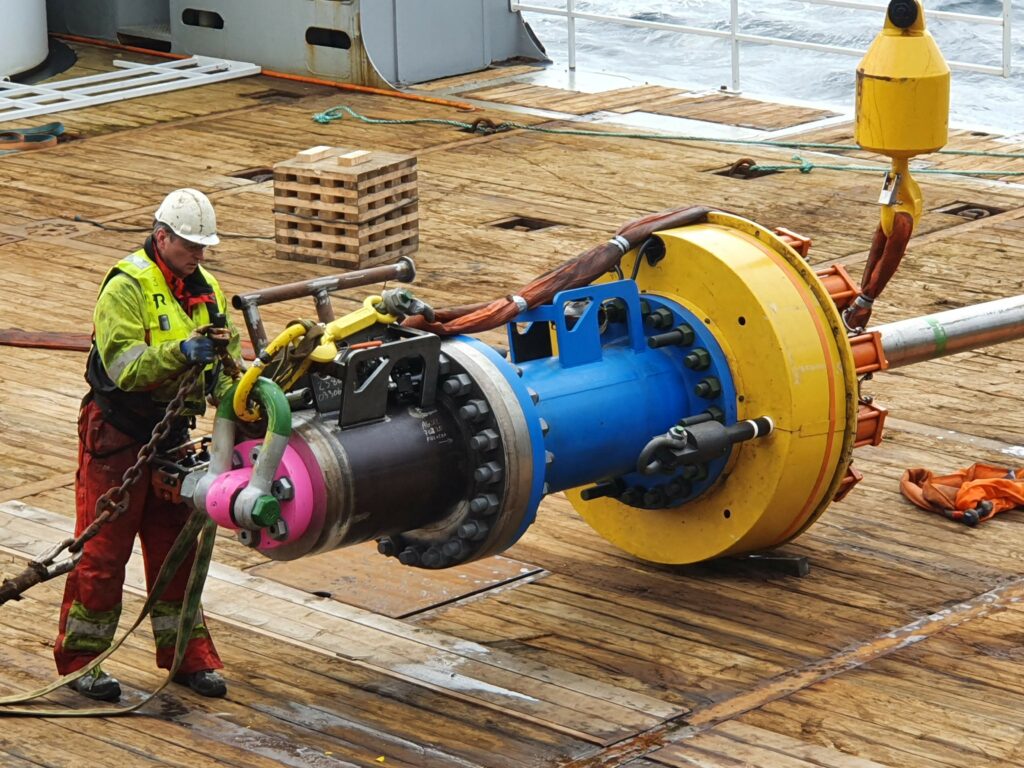